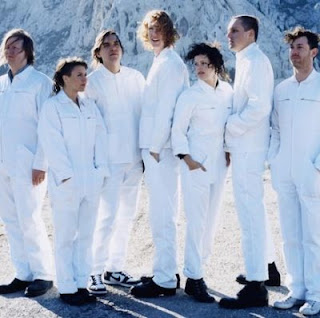 Arcade Fire drummer Jeremy Gara has given an update on the progress of the band's new album.

Gara told Canadian radio station that for the follow-up to 2010's 'The Suburbs' they had to leave their old church based studio, as the roof collapsed. However, they now have a new space where they are working 'full-time'.


"Now we’re in the studio pretty much full time just doing what we do and we kind of shut the door," Gara told.

"We haven’t really gone out and done anything in over a year now. We haven’t done photos or interviews or anything. We’re just working on music and growing beards and living at home a lot and going out to dinner together."

"We are under no pressure from record labels or management or whatever to do anything on any sort of schedule. We’re just working. We have no deadlines. It’s kind of coming along." He added. 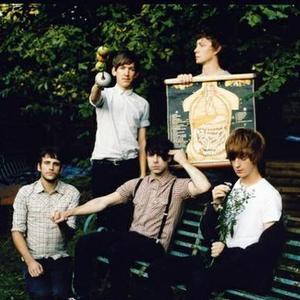 The Oxford band previously announced their third album's tittle last week , and have now revealed it will be released on February 11th 2013.

'Holy Fire' is set to be preceded by the new single "Inhaler", due for release through iTunes on November 5th and will be available to download when the album is made available to pre-order on iTunes.

Meanwhile, Foals will begin a tour of the UK on November 28th at the Queens Social Club in Sheffield. Moving into December, towns including Doncaster, Gloucester amd Aldershot will be visited before a final show on December 11th at the Tunbridge Wells Forum.