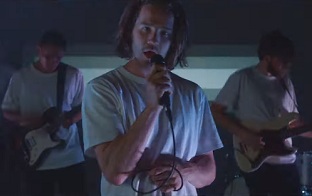 The song is part of our current playlist and is taken from their recent album 'Dalawa', which came out in on April 12th through Cooking Vinyl Australia. Buy it here.

New Entry: The Peach Fuzz Share New Single "The Outside Looking In" Liverpool cosmic pop/psych band The Peach Fuzz have shared their catchy new single "The Outside Looking In".

The song is out now via Skeleton Key Records, and follows the the band's debut single "Destroy the Evidence" released back in late 2018

Email ThisBlogThis!Share to TwitterShare to FacebookShare to Pinterest
Etiquetas: cosmic pop, new single, Psych, The Outside Looking In, The Peach Fuzz 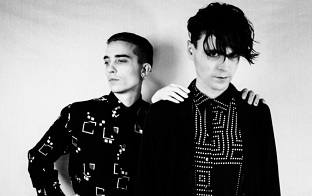 The song is taken from their upcoming new album 'Mirages au futur verre-brisé' due out on May 3rd via Holodeck. Pre-order your copy here. 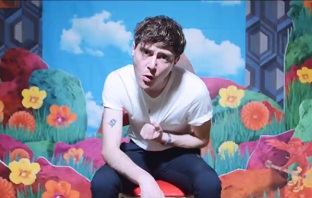 The song, produced by Luke Smith (Foals), is part of our current playlist and came out last month, and is the first taste from the band's forthcoming, currently untitled sophomore album (TBA).Grab it here.

Speaking of the track, frontman Mez Green says: “Moral Fibre is a stinging and frenzied shut up and step aside. A tongue in cheek reflection on the music industry, that beige scene, those that pimp poverty from Mummy’s detached house, those that trade in fair-trade cocaine and those that preach behind their keyboard. I’m taking the piss, but I’m deadly serious!”

The video was directed by Anna Bean and Josh Moore. Watch below. 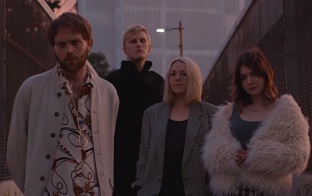 The song is part of our current playlist and taken from their EP 'III', which came out in September 2018 through Cascine Records. Get your copy here.

The video was directed by Robbie Barnett. Take a look below. 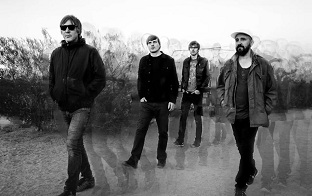 Los Angeles shoegaze/psych/alt band Film School have dropped their new single "Go (But Not Too Far)".

The song is taken from their new "EP", coming summer 2019 on Hauskat Records. We have previously heard the lead track "Influencer." 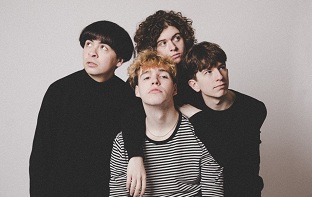 The song is taken from their highly anticipated self-titled debut album, which will be released on 3rd May. Pre-order your copy here. 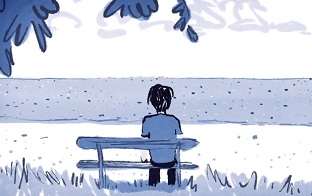 The song has been added to our current playlist and is out today (April 25), grab it here.

The animated video was directed and animated by Camille Alméras. Watch it below. 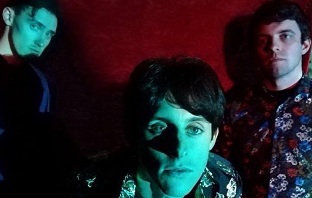 The song "captures the disorientation of a new infatuation and delves into the mental anguish and uncertainty that accompanies it, and brings together the immediacy of classic song-writing with weaving, angular guitars and instantly memorable rhythmic hooks. 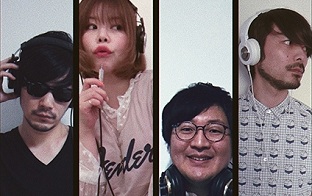 The band's fifth LP and follow up to 2017's  Nyctophilia, will be out on July 5th through Club AC30, according to the press, encapsulates the bands infectious, melodic take on the noise-pop genre, with a greater emphasis on big choruses and backing vocals than their previous work. The material has honed in on that classic Taffy contrast which is musically light but delves into dark places vocally. In tone it feels softer, but effortlessly dips into tracks such as ‘The Bates’, based on Psycho’s infamous lead and his sinister relationship with his mother.

With sensibilities reminiscent of Elastica and The Stone Roses, Taffy have always been inspired by the works of British artists and shown that appreciation by covering them, and on ‘Deep Dark Creep Love’ they decided to continue that tradition by playing homage to one of their favourites; ‘Never Let Me Down’ by David Bowie.

The band have also shared their new single "She & She", which according to lead singer Iris " is a song about being loved very much but you know somewhere in your heart that it could fall apart easily. When you’re good at being loved, whether intentionally or unintentionally, you also know there comes a time that it falls apart. When you stop being the person they imagine you are.”

Watch: Frankie and the Witch Fingers Share "I Am Underneath You" Video 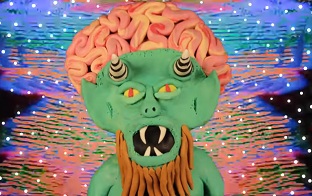 Los Angeles psychedelic-rock band Frankie and the Witch Fingers have shared the video for their latest single "I Am Underneath You".

The song is taken from their recent album 'ZAM', which came out earlier last month (March 1) via Greenway Records. Grab it here.

The video was directed by Joshua Bruce. Check out below.

Email ThisBlogThis!Share to TwitterShare to FacebookShare to Pinterest
Etiquetas: Frankie and the Witch Fingers, I Am Underneath You, New Entry, new single, new video, psych rock, ZAM 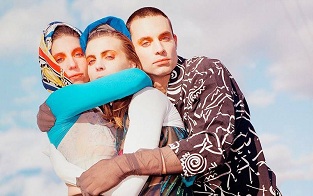 The song is taken from their upcoming new album 'Let Yourself Be Seen', due for release on May 10th through Bella Union. Pre-order your copy here.

From the band:  “The song is kind of an inner debate between two opposing voices of a conflicted self-conscience over how to cope through these chaotic times. One side balances a process of disengagement, of “letting go” of anger, resentment and fear by detaching oneself from the news cycle, and social media and journeying towards inner peace in a more spiritual way. The other side argues for staying socially and political engaged, staying tuned in and turned on and leaning into the fiery activist energy and fighting this noble fight. Can both sides co-exist? Can you find a balance? Whats healthier? Whats fair?.”