Adelaide indie-pop band City Riots have unveiled the video for "Catch The Sun", the second single taken from their debut record 'Sea of Bright Lights', released last year via  Inertia-Music.

"Catch The Sun" was featured as Single of the Week on www.koolrockradio.com on April 1st.

The clip was filmed on location in Byron Bay, Bondi Beach, Walker Flat, Woolloomooloo and Adelaide entirely on Super 8, and features a giant slip 'n' slide and some mad surfing and skating.

Watch them catch the sun below.


You can buy your copy of 'Sea Of Bright Lights' now on iTunes.
Publicado por KOOL ROCK RADIO en Thursday, May 09, 2013 No comments:

British electronic musician EMIKA have shared the video for "She Beats" the second music clip from her forthcoming album 'DVA', out on June 10 via Ninja Tune. The song is part of our current playlist www.koolrockradio.com.

The video was directed by Matt Lambert. Watch it below.

Maria Minerva have revealed the new video for "Soul Searching", taken  from her most recent 100% Silk EP, Bless. The song is part of our current playlist www.koolrockradio.com.

The video was directed by Laid Eyes. Watch it below.

Torquay indie-pop band Big Wave have shared the video for their new single "Goldmine", which will be released on shiny gold cassette in May 20 through Art is Hard Records.

In "Goldmine" and their previously revealed b-side "GW Bridge", Big Wave have nailed the art of crafting jangly, female-fronted guitar pop that manages to tread the line between heartbreak and jubilance.

Toronto-based quartet Decades have unveiled the video for "Tonight Again", taken from their upcoming self-titled debut album, out on May 14 on White Girl Records.

The video was directed by Alphabrette & Mango Peeler. Watch it below.

Daft Punk: "Computers are making a lot of dance records starting to sound the same" 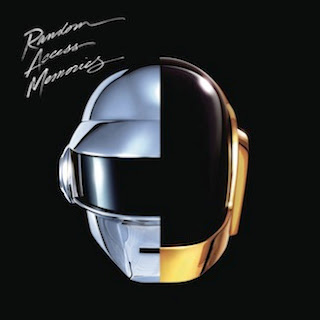 "This album is about technology going towards humanity, in a world where humanity is going towards technology. We tried to capture robotic emotions with music, replacing this time our electronic machines by real human beings." They said.

"Dance music is almost exclusively made today with laptop computers, on the same software, with the same virtual instruments, and a lot of the same drum sounds. Computers, as music instruments, are making it difficult for musicians to have their distinctive sonic personality, and a lot of dance records are starting to sound the same, in a very formatted way. We have always been fascinated by the relationship and connections between man and machine." The duo added.

"I think they might be missing the tools. The problem with the way to make music today, these are turnkey systems; they come with preset banks and sounds. They’re not inviting you to challenge the systems themselves, or giving you the ability to showcase your personality, individuality." Thomas Bangalter explained.

"They’re making it as if it’s somehow easier to make the same music you hear on the radio. Then it creates a very vicious cycle: How can you challenge that when the system and the media are not challenging it in the first place."

"We really felt that the computers are not really music instruments, and we were not able to express ourselves using a laptop. We tried, but were not successful." He added.

'Random Access Memories' will be out on May 20 via Columbia Records.
http://www.randomaccessmemories.com
Publicado por KOOL ROCK RADIO en Thursday, May 09, 2013 No comments: 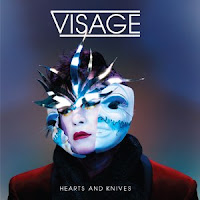 Visage have now reveled a preview of  the third track on their long-awaited new album 'Hearts and Knives', out on May 20th.

What they said about the song:

"With keyboards, drums and tempo to match 'She’s Electric (Coming Around)' strays into Fade To Grey territory. Ethereal pads, haunting vocals and ambient textures all form to create a slightly menacing soundscape."

"The track is 100% pure analog keyboards, no computers or soft-synths in here. From the CR78 beats, the Jupiter 8 stabs and the Mick Macneill solo line. 'One', 'Two' shout the crowd… 'She is coming around'. But who is the 'She' and where is she coming from?"