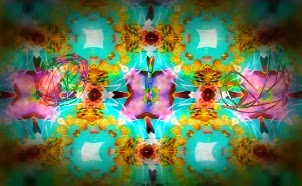 Sheffield punk/fuzz pop duo Nai Harvest (aka Ben Thompson and Lew Currie) have shared a kaleidoscopic video for their latest single "Sick On My Heart".

The song is part of our current playlist and is taken from the duo's forthcoming sophomore LP 'Hairball', which has been produced by Bob Cooper (Sky Ferreira, Empire Of The Sun). The album will be out on April 28 through Topshelf Records. Pre-order your copy here.

The video was directed by Ed Crisp. Check out below. 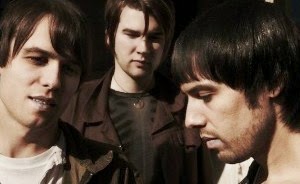 The song is taken from the band's forthcoming sixth studio album 'For All My Sisters' (recorded in New York at the Magic Shop studios with producer Ric Ocasek), which will be released on March 23rd.

Pre-order the album here, and have a listen to "Different Angle", below.

Email ThisBlogThis!Share to TwitterShare to FacebookShare to Pinterest
Etiquetas: Burning for No One, Different Angle, For All My Sisters, Indie Rock, new album, new single, Ric Ocasek, Sony RED, The Cribs 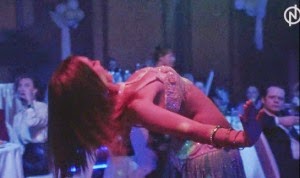 Moscow based electro pop band Pompeya have revealed the video for their newest single "Liar".

The song is part of our current playlist and is taken from their forthcoming new album 'Real', set to be released on May 5 via No Shame.

The clip was directed by Alexander Khudokon and Leyla Masharipova. Watch it below. 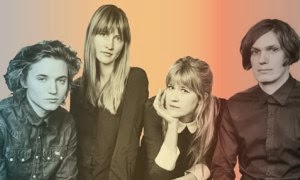 The band made their first live appearance with a short set at Baby's All Right in December as one of the surprise guests at the David Lynch Foundation benefit with Budos Band and Jonathan Toubin, and have now previewed their excellent debut single "With You Tonight".

The song soundtracks a brief video for Alexa Chung's collaboration to promote AG Jeans. Watch it below. 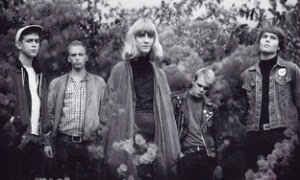 The song is taken from the band's forthcoming debut album 'Last Forever', which will be released on Aprill 22 via  Pre-order the album here. 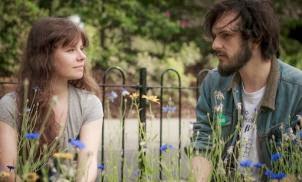 The song is part of our current playlist and is taken from their debut LP 'Apéro', which came out in November last year through Night School Records. Get your copy here.

Originally from the Scottish borders, Rodden and Cook (also of The Cosmic Dead) began Happy Meals in a flurry of experimentation at Glasgow’s creative hub The Green Door Studio. Initially the result of a free music production course, Apéro sees the pair embark on a blissful voyage into a love-fuelled, outward-looking hedonism. Both artists operate machines and sing but it’s the dominating Franco-Scottish lingua-franca of Suzanne Rodden that imbues a sense of seductive fun to the album. 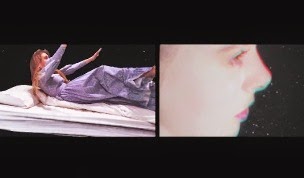 UK psych rock/folk band Early Ghost have premiered the video for their newest single "Devil's Got Me Now".

The double A-side single Devil's Got Me Now/Everything Goes, will be released on March 23.

About the video, bandmember Mike O'Malley said: "We have given birth to our very own space epic, an accomplishment that all are due to achieve at some point, lest they spend their final hours on this planet feeling bitter and unfulfilled. This one's about my own, totally unwelcome, obsessive link between sleep and death.” 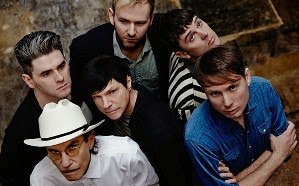 The newly formed group will perform a series of live dates in Europe this summer and they are working on an album with acclaimed indie rock producer John Congleton, who has previously worked with the likes of St. Vincent and Modest Mouse.

FFS have released a short video previewing a song called "The Domino Effect", watch it below alongside the gig details.

The most recent Franz album 'Right Thoughts, Right Words, Right Action' came out in 2013, while Sparks released their most recent effort 'The Seduction of Ingrid Bergman' in 2009. 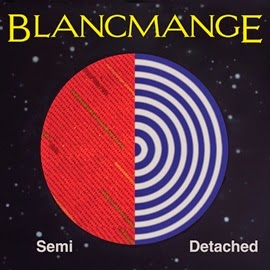 The follow-up to their 2011's comeback album 'Blanc Burn', was mixed by Adam Fuest, and is shot through with lyrics inspired by Neil Arthur’s instinct for surreal juxtapositions and abstract wordplay It is the first without the involvement of original member and Neils long term collaborator, Stephen Luscombe, due to health reasons.

While retaining Blancmange’s characteristic humour, with this new album Arthur has moved on from some of the old tics and mannerisms to create an edgy, pared down and deeply personal record, getting the balance absolutely right between grit and light, the domestic and the cosmic, despair and joy.

The record features a tribute to Mark E Smith's band on "The Fall" and a cover of Can's "I Want More". Pre-order your copy here.

The band have also unveiled the video for the abum's first single "Paddington", which is out today (March 9), and celebrates London through a blur of evocative, fragmented images – a random memory recall of life in the city.

Check out the video for "Paddington", directed by Tone Davies, and the tracklist for 'Semi Detached' below.

This deluxe edition comes with a second CD of exclusive and extended mixes. A limited number will be signed by Blancmange.