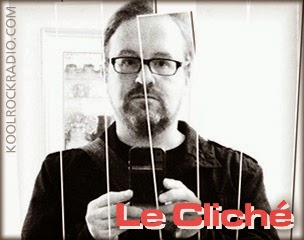 Le Cliché is the project of Gerard Ryan, native of Limerick (Ireland), and pulls influences in all directions from 70's and 80's synthwave (in the vein of Human League, Japan, and Depeche Mode), to Ryan's background as an Associate Professor of marketing and consumer behavior.

Le Cliché originally started as a synth project in 1984 when Ryan was a teenager, but later the project was put on hiatus in favour of a career in academia. The project was re-ignited in 2012, motivated by the appearance of new music from the 1980s that was being rediscovered and released by a host of relatively small but hugely motivated new record labels including Medical Records, and the like (and groups such as Dark Day, Mathematiques Modernes, Bal Paré, Ceramic Hello, and Experimental Products).

Using a mix of both analog and virtual technologies, Ryan creates his own distinct sound echoing the postmodern themes of his research which culminated in the 2014 debut full length 'Consumer Behavior', released in December through Medical Records LLC.

Inspired by his doctoral research on consumer frustration when dealing with technology (specifically the internet), Ryan released the album's highly addictive track 'Waiting On the Internet", which was featured as Single Of the Week in January 14th here on kool Rock Radio.

Le Cliché will release a couple of new tracks in spring, on the forthcoming compilation from Cold Beats Records, a Barcelona based label.

Get your copy of 'Consumer Behaviour' here, and check out the video for the addictive "Waiting On The Internet" below.