The Knife have unveiled the video for their new single "Full Of Fire", the lead track from their forthcoming new album 'Shaking The Habitual' out on 8th April. The song is part of our current playlist www.koolrockradio.com.

The short film was directed by Marit Östberg, who says of the video: "Who takes care of our stories when the big history, written by straight rich white men, erase the complexity of human’s lives, desires and conditions? The film ‘Full of Fire’ consists of a network of fates, fears, cravings, longings, losses, and promises. Fates that at first sight seem isolated from each other, but if we pay attention, we can see that everything essentially moves into each other. Our lives are intertwined and our eyes on each other, our sounds and smells, mean something. Our actions create reality, we create each other. We are never faceless, not even in the most grey anonymous streets of the city. We will never stop being responsible, being extensions, of one another. We will never stop longing for each other, and for something else."

The track is the duo's first single proper since 2006's 'We Share Our Mothers Health'. 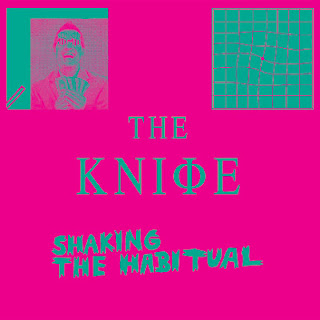 Watch: Deerhoof New Video For "We Do Parties"

Deerhoof have unveiled the video for "We Do Parties", taken from their latest album 'Breakup Song'. The song is part of current playlist www.koolrockradio.com.

The video, directed by Michinori Saigo shows Deerhoof playing with glowsticks, don light-up raver glasses, and doing karaoke.Watch it below.

Russian dream-pop band, Motorama have unveiled their new video for "Young River", taken from their latest album 'Calendar'. The song is part of our current playlist www.koolrockradio.com.

Tame Impala have unveiled the video for their new single "Mind Mischief", taken from their latest album "Lonerism". The song is part of our current playlist www.koolrockradio.com.

The video was directed by David Wilson Watch it below. 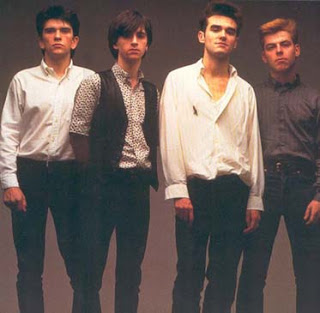 Mike Joyce, former drummer for The Smiths, still believes the band could reunite.

Joyce told The Sun: "I actually had a dream that Morrissey, Johnny, Andy and me were all in the same room and we actually agreed to do a tour. Morrissey said, 'What song shall we open with?', and we replied in unison, ‘Hand In Glove’. That’s what the show should open with. Then I woke up laughing."

"It would sound great. I’m a better player than I was. Morrissey’s voice is still incredible, Johnny is playing great. With the equipment and PA systems 30 years on, if we got up on stage and played, it would sound incredible. A promoter asked me, ‘Why don’t you just do it — it would make millions of people happy?’ I said, ‘You’re asking the wrong man.'"

"I don’t think about it every day. But if they asked me, I’d probably say yes. If you put everyone in the same room it’s amazing how things can turn around.” He added.

The Smiths ended abruptly in 1987 shortly after Johnny Marr announced he was quitting the band at the height of their powers. In 1989 Mike Joyce sued his former bandmates Morrissey and Johnny Marr over missing royalties.
Publicado por KOOL ROCK RADIO en Monday, January 28, 2013 No comments: