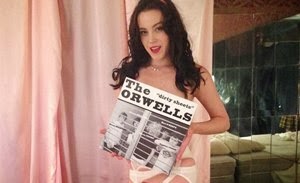 Chicago based indie rock/flower punk band The Orwells have revealed a new video clip for their latest single "Dirty Sheets".

The song is part of our current play list and is available now through iTunes.

The NSWF video was directed by Eddie O'Keefe (brother of band guitarist Matt). Watch it below. 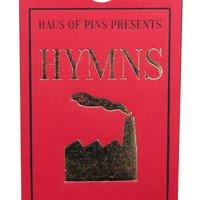 The band have contributed to the compilation with "Kiss Me Quickly (It’s Christmas)" and collaborated with eleven other bands. Faith of PINS says, ‘Some of the bands already had the songs, other bands wrote a song exclusively for it, which I’m honoured by.’ Bands involve include Post War Glamour Girls, September Girls, Brown Brogues and many more.

All of the proceeds from ‘Hymns’ will be given to SWAP, a charity that helps refugees and asylum seekers in the North. Faith explains ‘My grandfather volunteers for the charity, he goes every week - he’s 81 years old and still chooses to spend his time doing this really admirable thing. I think he is an inspiration.’

Get your copy here and have a listen to "Kiss Me Quickly (It’s Christmas)" below.