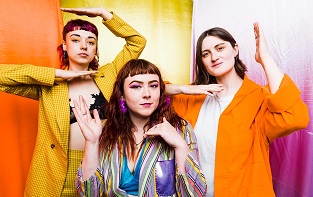 The single will be out tomorrow (November 22) via Libertino Records.

Vocalist Hollie Singer explained: "Orange Sofa is about the feeling of being stuck in your hometown at a dead end. We wrote it sat on the orange sofa in Heledd's house where we have been practising for the past four years, so we gave the song this self reflective title."

Of the flip, Byd Ffug, which translates to False World, bassist Gwenllian Anthony said: "The inspiration behind it was our jams, experimenting with different sounds/pedals and genres. We wanted to create something fun that you could dance too."

Stream both tracks below. 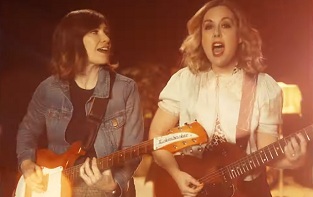 Portland, OR rock/punk band Sleater-Kinney have shared the video for "LOVE".

The song is part of our current playlist and is taken from their latest album 'The Center Won't Hold',  released back in August via Milk! Records / Rhythmethod. Buy your copy here.

The video was directed by Lance Bangs. Watch it below.