Temples, our current band of the month, have finally announced the proper release of their debut single "Shelter Song", which is part of our regular rotation (www.koolrockradio.com).

The single, backed with ‘Prisms’ is released by heavenly recordings on November 12th and will be available on a limited 7" and download, with artwork courtesy of  Thomas Caslin.

Both tracks were recorded in early September and produced by temples in Pyramid Studios, their home studio in Kettering.

Temples have been confirmed as main support on the forthcoming Mystery Jets tour alongside London shows with Charlie Boyer & The Voyeurs and Tribes. They will also be playing the London Calling festival in Amsterdam.

Watch the video for "Shelter Song" below. 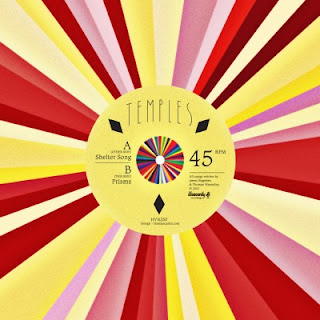 The song is part of our regular rotation (www.koolrockradio.com) and is taken from the band's latest album "Nocturne".

The video filmed in L.A. and Niagra Falls, features a new edit of "Paradise" with a voiceover by Williams, reading from Iris Murdoch's 1975 novel A Word Child and was directed by Matthew Amato.

Watch: The Raveonettes New Video For "Curse The Night"

Danish dream-pop duo The Raveonettes have unveiled the video for "Curse The Night".

The song is taken from the band's latest album 'Observator' out now on VICE Records and is part of our regular rotation www.koolrockradio.com

The video was directed by Danish duo Storm/Hansen. Watch it below. 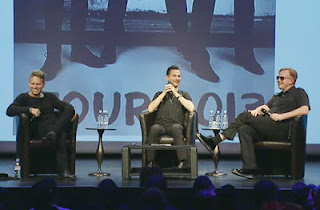 As was expected, Depeche Mode have confirmed that they will release their 13th studio album and embark on a globe-spanning tour next year.

As previously reported, the tour will begin on 7th in Tel Aviv, Israel.

The announcement was made at a special press conference in Paris at 12.30pm UK time, which started with a demo of an unnamed track as a little taste of what they've been up to for the last 6 months. The three members of Depeche Mode, Dave Gahan, Martin Gore and Andy Fletcher, appeared on stage before taking questions from the audience of media and fans.

Watch the video collage aired during the Depeche Mode press conference below.


Produced by Gore and Ben Hillie, the yet-untitled new album will contain 20 songs described as a cross between "Violator and Songs of Faith and Devotion."

Frontman Dave Gahan said "we're really excited with this record that we made and we think that you're gonna like it too."

Martin Gore said: "I'm very happy with the new album and I think there are at least about 3 or 4 songs that are up there with some of the best that we've ever done."

"I could say that there's a couple of songs that Martin has written on this record that for me to sing as well, I'm definitely most excited about. I might say one of two in particular, you know, the occasion that happens when you really feel moved by a song and don't matter how many times you sing it or trying perform it, there's some songs that do that for you... it's quite rare too I think, because the special moments that you wait for is why you write, you try to get to that moment and sometimes you touch on there, sometimes you don't," David added.
Publicado por KOOL ROCK RADIO en Tuesday, October 23, 2012 No comments: