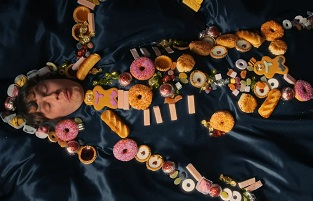 Cardiff glam rockers band Buzzard Buzzard Buzzard have aired their new single "New Age Millennial Magic", alongside an accompanying music video.
Speaking about it, frontman Tom Rees says: “Seeing gen z’ers quitting school and actually influencing real change in place of me theorising whether Engels would have put his recycling out really brought into focus how fickle millennials (including myself) really are.”
“I take absolute delight in lecturing a table of my half-cut peers on the failures of capitalism but little do they know my grab bag of 250 plastic guitar picks are already Priming their way down the A470 straight to my door in the hands of an underpaid delivery driver with eyes like pissholes in fake snow.” 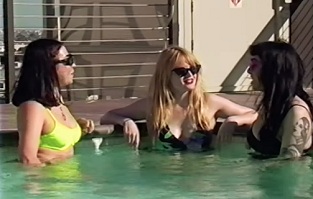 New Entry: We Were Promised Jetpacks Reveal New Single "If It Happens" 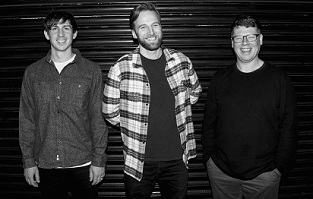 Edinburgh, Scotland alt/pop band We Were Promised Jetpacks have revealed their new single "If It Happens".

The song features on their new 7” single, set to arrive on 29th June via Big Scary Monsters. Pre-order here.
This new track signifies a change in musical direction for the band. ‘If It Happens’ is all at once grand yet restrained – sonically reflective of its lyrical examination of the bigger picture of life and how that can be boiled down to a simple phrase; “If it happens, it happens.”
Lead singer Adam Thompson explains:“I feel that ‘If It Happens’ expresses a lot about what I had been trying to get across to myself. It was all part of my new mindset of trying to be more positive about what I have and not always thinking about what I don’t. It’s about embracing the idea of happiness, doing what you can to encourage it and generally be a lot more ‘c’est la vie’ about everything. If it happens, it happens; if it doesn’t, it doesn’t. What can you do?”

Email ThisBlogThis!Share to TwitterShare to FacebookShare to Pinterest
Etiquetas: Alternative, Pop, We Were Promised Jetpacks 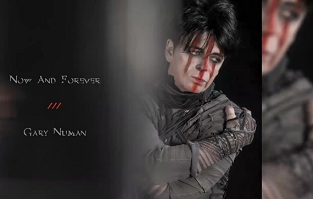 English electro-industrial pioneer Gary Numan has dropped his new single "Now And Forever".
The song is taken from his upcoming 18th solo studio album 'Intruder', set to be released on May 21. Pre-order your copy here.
‘Now And Forever’ presents a subtle change of tone to the tracks that have preceded it. Its spare industrial opening marches like a funeral procession for a fatally wounded world, but its comparatively luminous synths and warm female backing vocals establish a mood of hope rather than pure despair. That ambience also resonates in the lyrics, which are viewed from the perspective of a world which has purged the population that plagued it. There’s regret for what has happened, but there’s the possibility for redemption at some point in the distant future: “Until it’s your time, I’ll wait here for you, forever.”
“This is one of two songs on Intruder where I tried to write a lyric that continued with the earth speaking theme of the album, but also had a second, entirely different meaning within it. In the case of Now And Forever the lyric is not only a message from the earth to humanity, but also a message from me to my wife Gemma. ” says Gary.
Take a listen below. 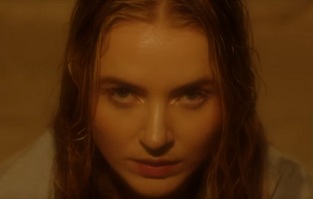 British synth pop duo IDER (Megan Markwick and Lily Somerville) have unleashed the video for their latest single "Cross Yourself".
The song is part of our current playlist and is taken from of their sophomore full-length album 'shame', which will be out later this year through Glassnote. Get it here.
Speaking about it, they said: "'Cross Yourself' is a reflection on how we search for purpose – how we often attach meaning to things or like the idea of something external to believe in, in exchange for believing in ourselves."
Watch the clip below.

Watch: The Night Café Unveil New Single/Video "Think It Over[ 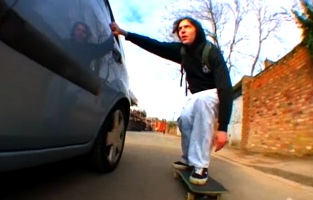 Liverpool indie pop/alt band The Night Café have unveiled the video for their new single"Think It Over".

The song is part of our current playlist and is taken from their brand new EP 'For Better Days', out today (April 22) via AWAL Records. Get your copy here.