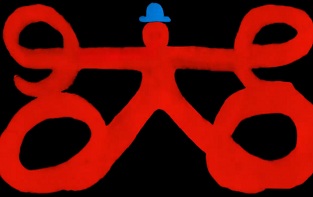 The song is part of our current playlist and is taken from their album 'The Menace Of Mechanical Music', released in June via Clue Records. Get your copy here. 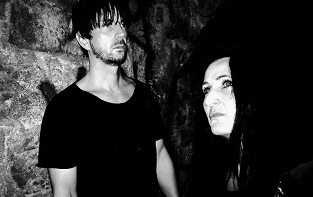 German darkwave/post punk/synthwave duo Caput Medusae (Tina Mar and Stefan Scott) have aired the video for their latest single "Kiss Me Deadly".
The song, described by the duo as "a melancholic song about endless love beyond death," is part of our current playlist and came out last month (November 19). Buy it here.
Watch the clip below. 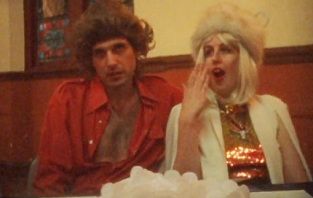 Brooklyn-based art-punk/post-punk quintet Gustaf have dropped the video for their new single "Design".

The 7" single Mine/Design produced by Chris Coady (Beach House, Future Islands, TV On The Radio), will be out on December 4th via Royal Mountain Records. Get it here.
Watch/listen below.

Watch: New Order Release Music Video For "Be a Rebel" 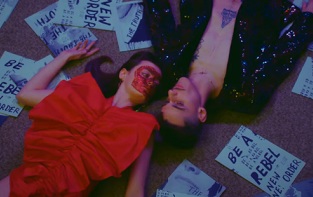 Manchester legends New Order have released the video for their latest single "Be a Rebel".

The song is part of our current playlist and came out in September via Mute Records. Get your copy here. 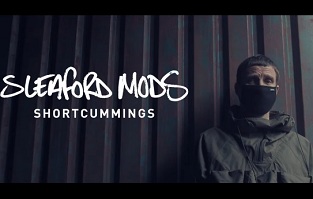 Nottingham indie rock/punk duo Sleaford Mods (aka Jason Williamson and Andrew Fearn) have  revealed the video for their new single "Shortcummings".
The song is taken from their forthcoming sixth studio album 'Spare Ribs', set to arrive on January 15 2021 via Rough Trade. Pre-order your copy here.
Jason's words: "I wrote the lyrics to Shortcummings in late 2019 after becoming annoyed by Dominic Cummings increased unelected presence. The arrogance of the privileged generally leads to short, short short, short, short cummings in a momentary centre stage at the cost of untold human misery and exploitation of public money. In the case of Cummings who exactly knows what he lost when he walked out of No10’s front door. It looked staged or given what I suspect is his sense of intellectual superiority, perhaps one last show of bizarre defiance. But there is no defiance when you come from privileged stock, just pistols at dawn. Posh hamsters going at each other. It’s just so fucking tiresome, as we lumpily coexist, us and the elite. The fortress of control is too strong and indeed there is no denying now, that there is powerlessness in the idea of revolt in this modern day daylight robbery.
It's not all bad. Andrew's served up a filthy baseline on this, one of his finest, plus I look really fit in the video.. "
Watch/listen below. 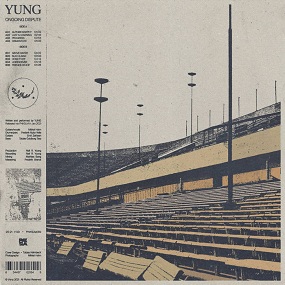 The follow-up to 2016's debut A Youthful Dream, was recorded over two sessions at Dreamland Studio and produced by the band’s regular sound tech Neil Robert Young. It will be out on January 22 via PNKSLM Recordings. Pre-order your copy here.

Yung have taken the long road to this second full-length. Accordingly, they took some time to gather themselves. “We were pretty worn down from a lot of touring,” says bassist Tobias Guldborg Tarp, “and there was a lot of banging our heads against the wall when it came to trying to write new songs. We had to step back and think about what we wanted to do as a band, and whether it even made sense to continue.” It was far from plain sailing once they eventually did regroup, towards the end of 2016, for more writing sessions; with frontman Mikkel Holm Silkjær previously the primary songwriter, coming up with tracks that accommodated the polarised tastes of the individual members was a challenge. Guitarist Emil Zethsen takes his melodic cues from Prince and eighties pop; at the other end of the spectrum, drummer Frederik Nybo Veile is an fan of the much heavier likes of Converge, Helmet and Unsane. “It was a struggle,” recalls Zethsen. “The four of us rarely agree on anything.”
Ongoing Dispute is an ode to perseverance, collaboration and triumph over adversity. It represents the dawning of a new era for the band, the one that A Youthful Dream should have, and the title, says Guldborg Tarp, perfectly encapsulates the dynamic that has driven Yung forwards, out from under that black cloud. “Ultimately, that’s what the writing of this record was - an ongoing dispute. We come in to write and we’re referencing completely different bands, but every time we wrap up a song, we’re excited about it. It reflects the lyrical side of the record, too; it’s like the last few years of coping with the world have been an ongoing dispute for us!”
About their new single, they explained: ‘Such A Man’ came together in about an hour. While effortless songwriting seems to be a staple tale of rock history, ‘Such A Man’ is pretty much our only example of this in the case of writing ‘Ungoing Dispute’. Other than being swiftly done, ‘Such A Man’ was a songwriting potluck of sorts, largely orchestrated by Frederik.
While the band was putting together the song, Mikkel was frantically roaming the corridors outside our rehearsal space working out the lyrics: “A recent personal experience had sparked a train of reflection on manhood, fuelling the writing process and making its way into the song. Growing up, masculinity was portrayed to me as something very one-sided. The experience referenced in the lyrics helped me realise a pattern in coping with loss and pain in the archetypical man. I think from a subconscious point of view I needed to address that in order to fully reevaluate my childhood image of manliness.”

Check out the album's tracklist and listen to their new single "Such A Man" below.
Ongoing Dispute Tracklist:
01. Autobiography
02. Lust And Learning
03. Progress
04. Dismantled
05. Above Water
06. Such A Man
07. Hose It Off
08. Unresolver
09. Friends On Ice