Pacifica will feature "ten prismatic, synth-laced songs" and was produced by the band - Julian Hamilton and Kim Moyes - and mixed in Los Angeles with Tony Hoffer (The Temper Trap, M83, Foster The People).

The album can already be ordered as a limited-edition version featuring CD / Vinyl / digital download code coupled with "a hardcover book filled with expanded artwork plus a limited edition lithograph that is numbered and signed by the band. All this housed in a 12" case with a lenticular cover." 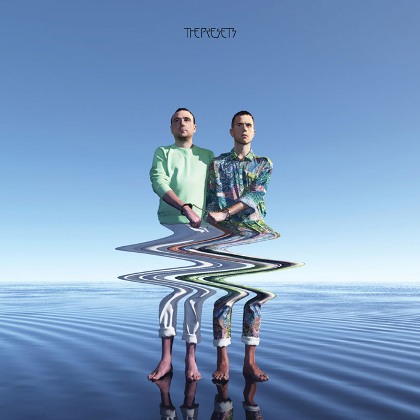 The Presets were also just announced as part of Australia's annual Parklife festival.

Two Door Cinema Club have announced that they will release "Beacon" as their second studio record on September 3 through Kitsuné.

The trio - Alex Trimble, Kevin Baird and Sam Halliday - spent April in Los Angeles recording with Mr Jacknife Lee, the man behind the likes of Bloc Party, U2 and REM, for the follow-up to their platinum-selling debut 'Tourist History'.

Speaking of the experience of working with Lee, Trimble comments, "Working with Jacknife Lee was a joy and a pleasure. He shared our goals and played a huge part in putting the pieces together in the right way. This is an exciting time for us and we can't wait to share the songs with everyone."

"Beacon is a much more intimate record than our first, but at the same time, it's much bigger and more inclusive. Trying to find that balance has been our goal for a long time and this record takes us one step closer to the band we've dreamt of becoming."

Check out the tracklisting and album trailer below.

In a recent interview, Billy Corgan talked about his frustration at fans wanting to hear his band's older tracks at their live shows.

"You reach a point of literal frustration where you start going 'maybe this is never going to move forward? Maybe the vague 'they' out there will never accept The Smashing Pumpkins of this time?"

He also reveals plans to tour new album 'Oceania' without touching much of their back catalogue.

"That was always the plan from the beginning. We made the album with that in mind. Everybody is out playing their old album. Now, it's created a thing where people expect that. Being The Smashing Pumpkins, we're going to play an album, it's just going to be our new one."

"We want to play the album and then play some classics to go with it. I have to give some credit to [Pink Gloyd's] David Gilmour. I saw him on his solo tour in 2006, and he did that. He came out and played a couple of 'The Dark Side of the Moon' songs. He played his whole new record. Then he did 'Echoes', 'Comfortably Numb', and all of that stuff. It was awesome. It was a really cool thing, and you felt like he was honouring where he was at and did this idealised set afterwards. That's what we're shooting for."