Post War Years have unveiled the video for the tittle track of their forthcoming EP "The Bell".

The EP will be out on October 29th via Chess Club Records. The track is part of our regular rotation www.koolrockradio.com.
Watch the video below. 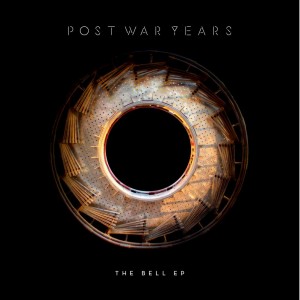 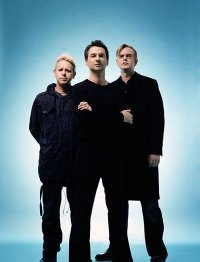 Depeche Mode have confirmed plans to hold a press conference in Paris this October.

The band have been working on new material throughout 2012 but have made no official statement on their release plans. It is now expected they will name a 2013 date for the release of new material.

Taking place on October 23rd, the event opens at 1:30pm and will be broadcast live online on the band's official website, with Depeche Mode planning what the press release describes as "an exciting announcement". Stay tuned to depechemode.com for more details.

In an interview earlier this year, Dave Gahan said about the progress of new material: "We've recorded probably close to twenty songs so far, and they're all starting to get in pretty good shape. We're now starting to whittle that down what's gonna be the record."
Publicado por KOOL ROCK RADIO en Monday, October 08, 2012 No comments: 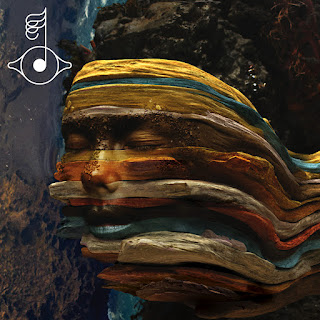 Björk has announced that she'll be releasing a remix album on November 19th through One Little Indian.

The album, entitled 'bastards', will feature some of the remixes featured in her remix series from earlier in the year and will be available on 12" vinyl, as well as CD and digital download.


"I felt it important to gather together the essence of the remixes, so I picked a quarter of them for one cd for people who are perhaps not too sassy downloaders or don’t have the time or energy to partake in the hunter-gathering rituals of the internet" said Björk of bastards.

"I was incredibly impressed by how the core of the mixes took Biophilia somewhere else while still keeping its character, and like they so often do when at their best: the remixes gave the songs more beats; legs to dance on! I spent some time editing together not necessarily the best ones but the ones that made the strongest whole."

Check the tracklisting for bastards below.

Spector have unveiled the new video for their new single "Friday Night, Don't Ever Let It End".

The single, taken from the band's debut album 'Enjoy It While It Lasts' will be out on the 12th November through Luv Luv Luv / Fiction Records. The song is part of our regular rotation www.koolrockradio.com

About the track, frontman Fred MacPherson said: "Sometimes you want Friday Night to last forever but sometimes it just feels like it will never end. No matter what shit you go through, you forget that when you look back on what seem like the perfect moments from a night out – those are the memories that matter."

The video was directed by Alan Del Rio Ortiz.
Watch it below.

The Vaccines have unveiled a brand new video for their new single 'I Always Knew', which is due for release on the 11th November through Columbia Records.

The single will be available as download and on 7", and comes complete with a B-side written by The Vaccines' drummer Pete Roberston entitled 'Make You Mine'. The song is part of our regular rotation www.koolrockradio.com

The video was directed by Jesse John Jenkins. Watch it below.