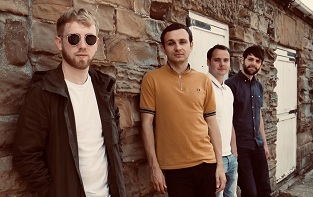 The song has the feel of a summer festival anthem, it's driven with intent to supply countless melodies to your ears that makes your soul yearn for more and your body come to life.

Email ThisBlogThis!Share to TwitterShare to FacebookShare to Pinterest
Etiquetas: Civic Green, Indie Rock, New Entry, There Is Always A Light 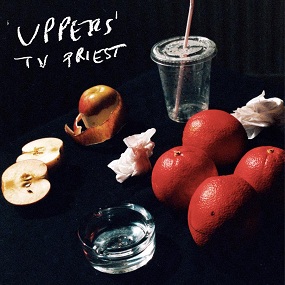 Posing as many questions as it answers, Uppers, which comes out on February 5th via Hand In Hive Records, is a thunderous opening statement that continues the UK’s recent resurgence of grubby, furious post-punk music. It says something very different though – something completely its own. Pre-order your copy here.

According to the band's Nic Smith, 'Uppers' sees TV Priest "explicitly and outwardly" trying to avoid narrowmindedness and avoiding conflicting points of view. "There will never be a solution if it's just heads banging together," he adds. 'Uppers' sees TV Priest taking musical and personal risks, reaching outside of themselves and trying to make sense of this increasingly messy world. It's a band and a record that couldn’t arrive at a more perfect time.

The band have also shared their new single "This Island", frontman Charlie Drinkwater says the following about the song: "This Island is about incoherence and inarticulate responses, both personal and political, in a time and place you don’t fully understand anymore. It’s an unrequited love letter, and a howl of frustration; a mea culpa and a call to arms. We wrote this to an increasingly nationalistic and isolationist drum beat playing out at home and abroad, and frankly we are scared and appalled. As artists we aren’t offering up solutions for living, but maybe we can extend a hand and let someone know that you aren’t alone in feeling under prepared in your responses yet powerful in your convictions. That small boats can still make big waves. That we have a world to win."

Check out the albums tracklist and listen to "The Island", below. 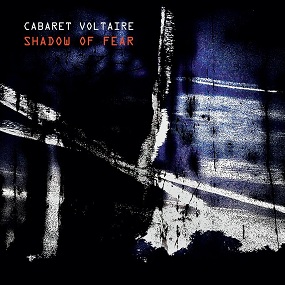 Sheffield’s pioneering industrial electronic band Cabaret Voltaire have announced the release of their new album 'Shadow Of Fear', their first in 26 years.

Set for release on 20 November via Mute, the follow-up to 1994’s The Conversation, is unmistakably Cabaret Voltaire with it’s mix of house, dub, techno and German electronic music of the 1970s weaving through the grooves. Pre-order your copy here.

Richard H. Kirk is the sole remaining member, with Stephen Mallinder having left after their last album. There is a potent mix of sounds to be found on this record. The shadowy atmospheres, dubbed-out textures and generally ominous air which hangs over some of these tracks puts Shadow Of Fear in dialogue with acts who have emerged in Cabaret Voltaire's wake. The record’s driving techno numbers do something similar, forging a link between Kirk’s Roxy Music era Eno influenced experiments in early Cabaret Voltaire, bleep-techno innovations in Sweet Exorcist and post-EBM outfits like Silent Servant and Phase Fatale whilst remaining an alluring fly in the ointment of modern musical innovation. Some tunes also push on into the most vibrant, boundary-pushing end of industrialism - closer ‘What’s Goin’ On’ blends a brassy sample with distorted beats and Kirk’s grinding vocals to land somewhere between This Heat, Andrew Weatherall and Nurse With Wound.

“The album was finished just as all the weirdness was starting to kick in,” Kirk says. “Shadow Of Fear feels like a strangely appropriate title. The current situation didn’t have much of an influence on what I was doing – all the vocal content was already in place before the panic set in – but maybe due to my nature of being a bit paranoid there are hints in there about stuff going a bit weird and capturing the current state of affairs.” Although, as with a lot of Kirk’s work, concrete meaning and narrative is ripe for interpretation rather than being spelled out. “Surrealism has always been really important to Cabaret Voltaire,” says Kirk. “And that’s still present too.”

Check out the album's tracklist and listen to the new single "Vasto", below. 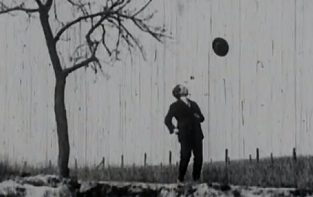 The song is taken from his second EP 'Dreams of a Dark Building', set to be released on September 11 through AVANT! Records. Pre-order it here. 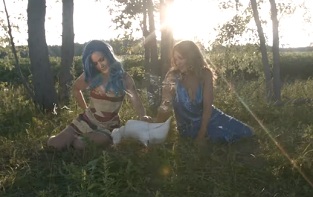 The song is taken from their forthcoming new album 'Motherhood', which came out last month (July 21) via through Joyful Noise Recordings. Get your copy here. 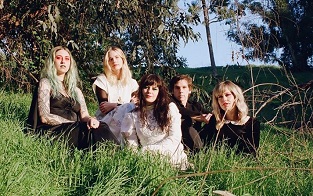 The song is taken from their forthcoming new album 'Under the Spell of Joy', set to arrive on October 2 through Suicide Squeeze Records. Pre-order your copy here. 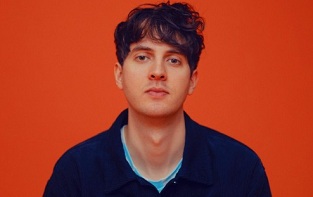 The song is out today (August 19) via Greco-Roman / City Slang. Get it here.

Roosevelt caused a stir in June with ‘Sign’, his first new studio recording since 2018, a deep dive into ice cold drum machine emotion which is already streaming in the millions. Follow-up ‘Echoes’ shows a totally different side to the acclaimed artist and producer - a space disco opus with layers of vocals revealing a wide narrative arc. All made even more impressive by the fact that everything here is played, recorded, produced and mixed by Marius himself. 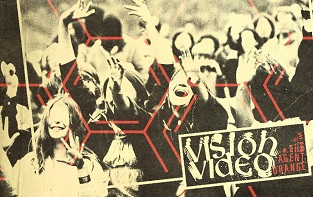 Originally released in 1980 by the UK band Ski Patrol, "Agent Orange" has taken on new flesh, as Vision Video projects the song (originally about the Vietnam conflict) into modernity. The song is in outright protest of the current state of America and it's regime, with it's obvious connotations. The song maintains it's original post-punk escalation, but with a new darker veneer. Get it here.

Vocalist and guitarist, Dustin Gannon, describes his band's connection to the song: "Agent Orange was a song that I stumbled across a couple years ago when I was writing the initial material that would eventually become Vision Video. I remember the bass line and atonal guitar dissonance immediately drawing me into this bleak and familiar theme of the horror of warfare, which was something I had been acquainted with myself in Afghanistan a few years prior. The song perfectly captured the visceral gut-punched feeling of foreboding doom that I very much felt when I was involved in that war myself. Once Vision Video had formed, we had talked about trying a couple covers, and this Ski Patrol classic just immediately drew into mind. By this time we were a couple of years into the Trump administration and it dawned upon me that this living nightmare was also paralleled (albeit in a different way) in the current American political landscape. The pointed lyrical allegory of 'Agent Orange' , as the chemical weapon used in Vietnam connected well to the current U.S. President undeniably; a caustic, disease causing agent that has destroyed lives and will continue to do so long after it is gone.

"Recording the track with Tom Ashton (of the March Violets, Clan of Xymox, Danse Society) at his Sub Von Studio was especially a treat for us, because his producer's ear really amplified the thematic elements of anger, despair and hopelessness that the song imparts."