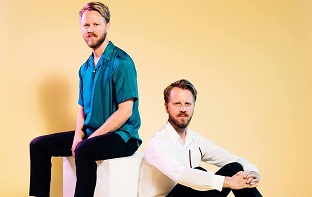 The song is the title track of their new album 'Real Life', which will be this Friday (April 19) through Park The Van Records. Pre-order your copy here. 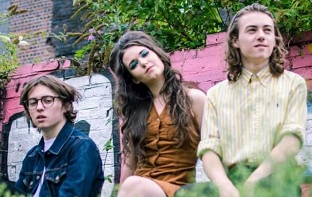 The song is taken from the band's debut EP, set to arrive in June 13th. 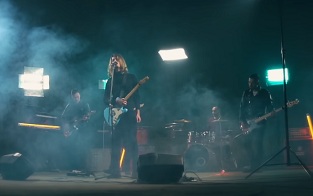 The song is part of our current playlist and is came out last month via The Sound Of Everything. Grab it here.

This is the second single for the band, following up on their 2018 release of “We Get Away.” While the carefully-crafted contemporary alternative sound carries over from their first single to their second, making L.O.U.D. the perfect soundtrack for cruising at night under neon city lights, "Scars" takes a slightly darker turn, shifting from the tirelessly upbeat tone of  We Get Away to a more earthy, grounded take on the realities and nuances of love. 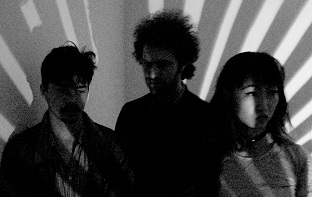 The song is taken from the upcoming new album 'Violet Phase', which will be out May 17 on Fabrika Records and sentimental Records. Pre-order your copy here.

The band's words: “The lyrics for “Double Negative” are about a come down on ecstasy. The serotonin is spiraling, and you realize you’re stuck in the same boring life you began your night with. You can’t fully enjoy yourself, let your guard down, or remember the people you just spend the last four hours with. This is a theme song for negative people.” (via Big Takeover) 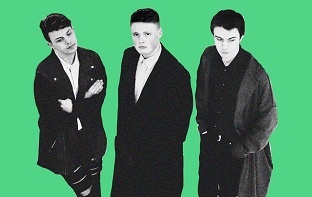 Frontman, Ryan Hunter said of the song: “Pop Song basically does what it says on the packet. It’s a story about the beginning, middle and end of a brief relationship, which involves a period of excitement/sadness/stress that many people can relate to." 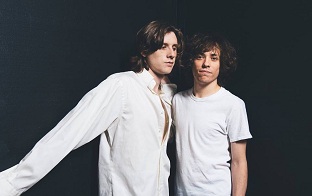 The song is taken from their forthcoming album ’Seeing Other People,’ out April 26th via Jagjaguwar. Pre-order the album here. 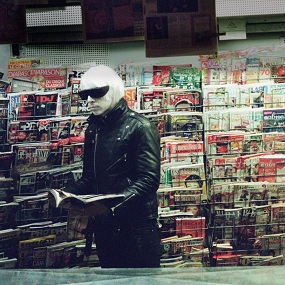 The follow-up to 2017's The Demonstration, has been produced by Josh Eustis (Telefon Tel Aviv) and mastered by Dave Cooley, with appearances by Jasamine White-Gluz (No Joy) and Justin Meldal-Johnson (NIN, Beck, M83, Air), and will be out on July 12th via Dais Records. Pre-order your copy here.

Blowing the dust off the antiquarian myth of Ovid’s “Narcissus”, Drab Majesty uses its premise as groundwork for a modern reinterpretation. Each song tells a piece of the story, in which the listener’s own self-identity has become warped and dissociated through rapidly expanding technology, losing touch with the origins of their own personalities. Setting the stage as a romantic saga of antiquity, “A Dialogue” asks the listener if they are truly in love amid a building wash of guitars and reverb. Elements of classic tragedy weigh heavily in the reflection of Modern Mirror in songs like “The Other Side”, possessing a fundamental sound that is energetic, luminous and hopeful. Fusing the sonic aesthetics of predecessors like New Order and The Cure within the cautious instruction of Greek mythology and modern science fiction, Drab Majesty has birthed a hybrid of dreamy malaise, captured for a future moment.

The first single, “Ellipsis”, romantically plays up the distorted concept of courting through modern technology in a world that has yet to adapt, while on “Long Division”, Deb’s resounding guitar cascades around the chorus shared with No Joy frontwoman Jasamine White-Gluz, wistfully warning us against our vanity and self-obsession.

Check out the album's tracklist and watch the video for the excellent lead single "Ellipsis", below. 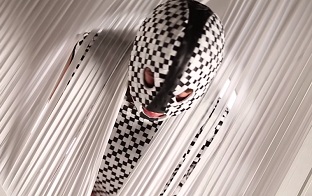 The song is part of our current playlist and is taken from their recent album 'Stunning Luxury', released earlier last month via The Leaf Label. Get your copy here.

The video was filmed and edited by Marnie Hollande. Take a look below. 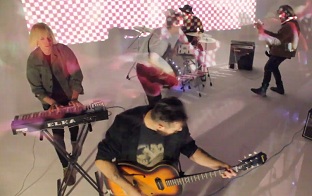 The song will be our next Single of the Week, and is taken from their upcoming new EP, set to arrive on 22nd April through Catch21 Records.

Never Never Man bring their brand of Scuzzy noise pop out of the warehouses and to the masses. With a sound reminiscent of classic 60s pop group vocals sat on top of shoegaze guitars and clever drums (picture the Beatles fronting Sonic Youth) this is something for ever class and creed to enjoy.