Death By Sexy are an all girl band from London with a frontman hailing from Los Angeles - two of the world’s greatest rock 'n' roll cities. Currently based in Camden, London the band formed in january 2012 and they are: Jimmy Sweet, Gabi, Claire and Zan.

Death By Sexy play 'Drug Pop'. Described as: 'A dirty hum with a taste of bubblegum. The sound of rat pedals with the smell of rose petals. The feel of white heat and a little bit of sweet'.


This is the first of their new recordings they have done with producer Jon Moon, who is known for his work with Example, Amy Winehouse, Faithless and many more... Artwork and video coming soon.

**Their song "I'm Sick" was featured as Single of the Week here on Kool Rock Radio from April 16 to april 28.
Publicado por KOOL ROCK RADIO en Monday, August 06, 2012 No comments: 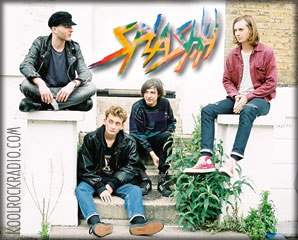 The band began life as the brainchild of Toto and Sasha forming in late February 2012.

The duo initially bonded over their mutual music tastes and then began plotting their sun drenched musical assault on the UK. Growing up between the South Pacific and the UK they left the beaches behind to record in a small bedroom in Hackney.

The result was a myriad of floating, fuzz laden grunge pop tunes with a punk twist. With a number of songs in the can the boys then recruited close friends Thomas Beal on bass and Jacob Moore on drums.

They released their debut single 'All I Wanna Do' on cassette through Jen Long's Kissability label on June 6, and are set to follow it up with brand new track 'Need It'.

'Need It' will be released digitally and on 7" vinyl through Luv Luv Luv Records on July 30th.