Capital Cities have unveiled the new video for their classic tune "Safe and Sound".

The video, directed by Grady Hall from Motion Theory and choreographed by Mandy Moore (Silver Linings Playbook), shows an exuberant dancers from various eras and cultures participating in a dance off inspired by Capital Cities and the majestic setting of the Los Angeles Theatre. 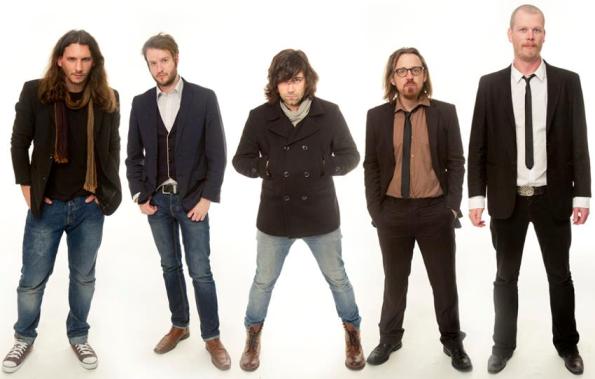 Brussels based band Age Of Giants have unveiled the official video for "The Beast", taken from their forthcoming as yet untitled debut album.

The lead singer and creative force behind the Age Of Giants, is David Caggiari, frontman and founding member of our favourite noughties group Apartment, now disbanded.

We had a little chat with David, about his new band, the album, and The Beast...


About the song, David said: "The Beast is a very personal song... about leaving London and becoming a pariah. It's about being the worst possible version of yourself and eventually being reborn. Once you've burned every bridge, you can do nothing else but to start rebuilding."

"Losing Apartment was very difficult for me... but it was destiny. I used to be the big bad boss in the band... and I think Davide especially resented me for it. It was always me against them. So I was the Beast, I became the Beast for my ex-girlfriend, I became the Beast for all that I left behind but I had no choice. London had made me sick, and I had to run away." He added.

"The Beast" was recorded at studio pyramide in Brussels by maxime Gendebien, and mixed in London by Adrian Hall. Watch the video below.

No release date for the album has been set as of yet. We will keep you updated.
(www.facebook.com/ageofgiantsband)
Publicado por KOOL ROCK RADIO en Thursday, April 25, 2013 No comments: