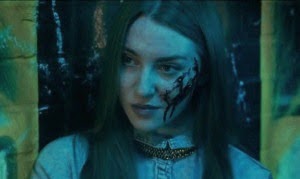 Canadian pop collective The Hidden Cameras have shared the video for their danceable single "Carpe Jugular".

The song is part of our current playlist and is taken from their sixth studio album 'Age', which came out early this year via Evil Evil. Get the single with two new remixes here.

Carpe Jugular "explores the politics of the dance floor through a Darwinian lense and a Freudian aperture".

The video was directed by Kai Staenicke. Take a look below. 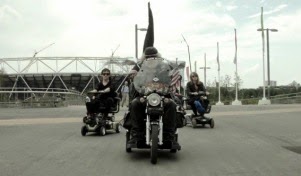 The video was done by Maxim Kelly. Take a look below. 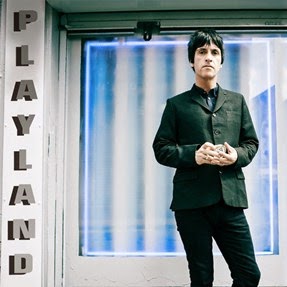 Former Smiths guitarist's Johnny Marr has announced he will release his second solo album titled 'Playland' on October 6 via Warner.

The works for the follow up to his last year's debut 'The Messenger', commenced in London in the Spring as soon as the year of touring supporting the album came to a close, and finds Marr continuing the creative connection with collaborator and co-producer Doviak as well as the other musicians who performed on the album and accompanying tour.

As Johnny states: “When The Messenger came out I kept on writing. I liked that the band had a momentum going on tour and a connection with the audience, and I thought that energy would be good to capture on the new record.”

Written around a common theme of “songs that move at the speed of life,” ‘Playland’ captures much of the spirit that made ‘The Messenger’ so memorable with energetic, post-punk songwriting complemented by Johnny Marr’s characteristic guitar style, thought-provoking lyrical ideas and poised vocal phrasing. “It’s important to sound like your environment and on this record that’s London and Manchester,” he adds. “The feeling of the cities and the people make it into the music.”

According to the press released, the title ‘Playland’ is inspired by ‘Homo ludens’, a 1938 book by the highly influential Dutch cultural theorist Johan Huizinga which explores the concept of play as a precursor and principal element of cultural development.

The tracklist for 'Playland' is as follows:

Watch: Devon Williams Airs Music Video For "Deep In The Back Of Your Mind" 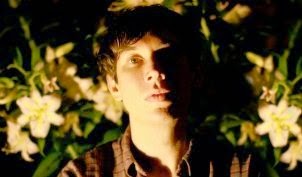 Los Angeles-based singer/songwriter Devon Williams has aired a new video for his new single "Deep In The Back Of Your Mind".

The song is part of our current playlist and is taken from his third studio album 'Gilding The Lily', released last month (June 3) via Slumberland Records. Grab your copy here if you haven't already.

The video was directed by Christin Turner, who also directed Williams' clip for "Will You Let Go Of My Heart?".

Email ThisBlogThis!Share to TwitterShare to FacebookShare to Pinterest
Etiquetas: Christin Turner, Deep In The Back Of Your Mind, Devon Williams, Gilding The Lily, jangle pop, new album, new single, new video, Power Pop, Slumberland Records, Will You Let Go Of My Heart?

Watch: Spoon Share Music Video For New Single "Do You" 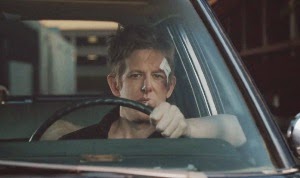 Austin, TX indie rockers Spoon have shared the video for their latest single "Do You".

The song is part of our current playlist and is taken from their forthcoming eighth studio album 'They Want My Soul', which will be out on August 5 via Loma Vista. Pre-order your copy here.

The video was directed by Hiro Murai, who commented: "Not to get super heady about a music video concept, but I’m really interested in a pocket moment that takes place in a doomsday world. In the case of this video, that means Britt Daniel, the lead singer of Spoon, is cruising in a vintage Plymouth wagon through a very lackadaisical Sunset Drive kind of vibe, and it just so happens that the buildings are on fire behind him. Which is actually kind of what Los Angeles feels like sometimes anyway, metaphorically. 'Hey, once you own the chaos of the apocalypse, there’s a certain kind of calmness to it.'"