Nashville Electro-pop band Future Unlimited, have announced they will release a new EP this year.

No much information about the new EP has been revealed yet, but a few days ago the band posted a teaser of a new song called "Doors", which you can listen below.

What we do know is that the band are currently working on the music video for their 2012 song "Haunted Love". The video is directed by actor/director Shia Labeouf and will come out on April 30th.

After hearing Future Unlimited's "Haunted Love," Shia Labeouf was inspired to write, direct and produce a short film around the single called Medea. "The guy is just… driven… and his vision and directing abilities come through him like fucking lightning,” the band say about Labeouf’s work ethic. "We’ve never been so comfortable around someone while simultaneously being so overwhelmed by their passion."


Future Unlimited featured as Band of the Month on Kool Rock Radio in September 2012.
(http://www.afutureunlimited.com) 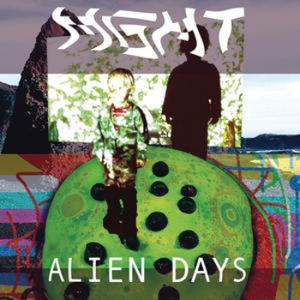 The song was released on cassette for Record Store Day but the band have made it available to stream over Soundcloud.

The release also featured a b-side track titled 'Message 7 From Hearty White', which was a stream-of-consciousness story told by one of the MGMT members.

'Alien Days' is the first single from the band's upcoming third studio album, which is thought to be released in June this year and rumoured to have more electronic material on it.

In a recent interview, vocalist Andrew VanWyngarden said the song is about "that feeling when a parasitic alien is in your head, controlling things."