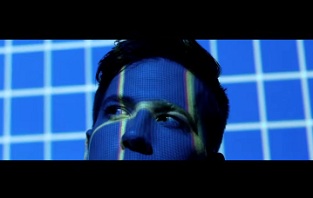 Shoegaze/dream pop band Loveblind have unveiled the video for their latest single "Mistress".

The song is part of our current playlist and is taken from their debut album 'Sleeping Visions', which came out last month (March 27) via Saint Marie Records. Get it here. 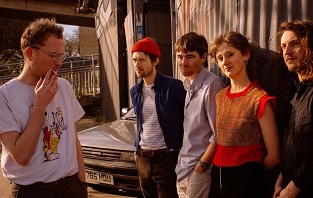 The song is taken from their upcoming self-titled debut album, out 28th May though Melodic Records. Pre-order it here. 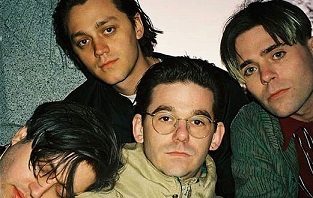 The song is taken from their forthcoming sophomore album 'Gathering Swans', which will be out on May 8 via Dais Records. Pre-order your copy here.

Speaking about it, Choir Boy frontman Adam Klopp told Flood: “‘Sweet Candy‘ expresses the sugar cravings and lovesickness of someone who denies themselves the excitement and bliss of romantic fulfillment. They’ve had a taste, but have opted for a sugar free diet.” 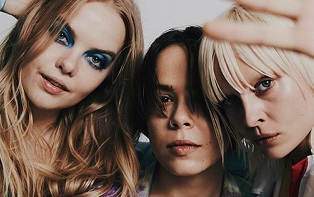 The song is taken from their forthcoming sophomore album 'So When You Gonna...', which will be out on July 3 via Lucky Number, pre-order your copy here.

The band's words: Featuring baby Alice, Bella & Rakel. The video for Hasta la vista was 25 years in the making. Shot by our parents in Cali, Coventry and Cornwall; the video shows us going about our young lives totally unaware of each other and our converging timelines.

At a moment where, for many of us, time appears to be moving differently; slowing tremendously, slipping out of the structured week it seems apt to turn our eyes to the past, in order to acknowledge it, be thankful for it and move into the future.

Some people believe the future is ahead and the past is behind and we are charging forward, some believe the future is behind and the past in front as we can only look into the past and others believe that time moves in spirals moving inwards and upwards carrying the lessons learned all around us front back side to side. Saying goodbye to childhood and hello to sisterhood while acknowledging that we were sisters then and still children now. Heh despite Bella's dad being a film maker she had actually never seen any baby footage until he developed this batch of super 8 film for her mums birthday last year... 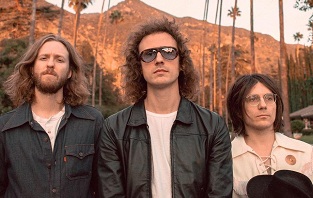 Both tracks are out now via Greenway Records. Pre-order your copy here.

Triptides frontman Glenn Brigman says: “When SXSW was cancelled, it was just our first instinct to retreat and make the most out of our time together. We went out to Joshua Tree, set up in a house we rented and spent three days with our heads down recording. Every time we looked up, the world was different. For the first time, we were creating music in a time when we had no idea what was becoming of our society and our world. A few days after we got back to L.A., they started announcing the lockdown.”

“both tracks dance around the desire to find new beginnings in the unknown – a theme that will no doubt resonate with listeners during this unique moment in time."

“We all tread the ground between the search for comfort and the challenge to grow, and how you perceive your environment has so much to do with that balance,” Brigman shared. “We’re finding now, and what these songs express, is that even if we’ve surrounded ourselves with beauty – even on an idyllic island – that nothing is easy, nothing is final, and we must always seek to find our own path.” 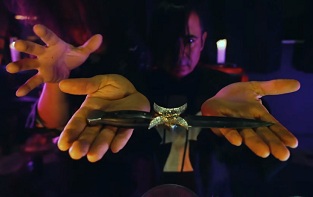 The song is taken from the upcoming album 'Here Lies', which will be out on May 8th. Pre-order your copy here.

“Capulet Loves Montague tells the tale of heartbreak and woe. How two people can fall in love but ultimately will be their undoing.” says frontman Mychael. “Lyrically, “Capulet Loves Montague” came to life while my 11-year young best friend and I were fooling around with crayons on a rainy evening. Perhaps it was the colors that made it clear, a nursery rhyme was being created. A feeling of innocence came over me when the words “Christmas trees are frozen spiders, Cats are made from snow, terrified by what I think of, petrified in love” were written. I’m obsessed with silliness, which is often mistaken for my sadness, especially when it comes to storytelling.” He adds.

The video was directed by the band and Ileana Escalante. Watch it below. 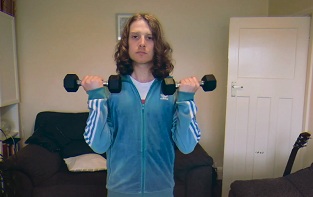 Stockport psych pop-rock band Fuzzy Sun have unleashed the video for their new single "A Modern Kind Of Blue".

The song b/w 'Sorry Honey', is out today (April 22) via Very Clever Records. Buy it here. 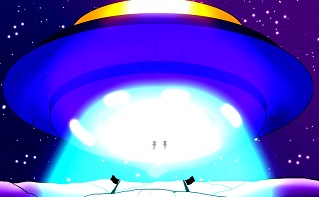 The song is out taken from their upcoming debut EP 'Party Food', set to arrive on June 12th via Chess Club Records. Pre-order it here.

Speaking about it, lead singer and bassist Jess Eastwood, explains: “Space’ is about the emotion of putting your feelings on the line and how tormenting someone can be when you break up. The control someone has over you when they know something you don’t want others to know.”

The video was directed by Cameron Guy. Watch it below.