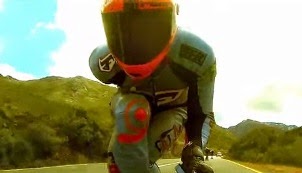 The song is taken from their self titled debut album, released in September last year via their own label Crest Cont. Records. You can get your copy here.

The video was filmed by Raoul van den Berg. Watch it below. 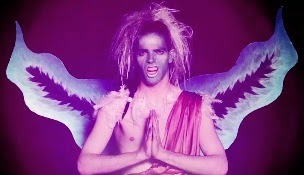 Danish pop artist Dinner (aka Anders Rhedin), has premiered the video for his brand new single "Going Out".

The song is taken from his forthcoming EP 'OUI!', which will be out in September 12 on Red Eye Transit Records.

About the clip, directed by Lily X, singer/producer Dinner says: "I got there around 11am, and I admit my ego was a little worried. The first shot scheduled was me in women’s clothing performing in front of everyone. So I thought I’d better focus my energies. It was way below freezing outside, but there was a bright blue sky, so I went out and found a nice public park. I placed myself in the center of the park, and did Qi Gong there for a good while…When I came back to the studio there was still a bit of ego and fear left in my system, so I turned to another spiritual tool–whiskey in a gold-coated plastic goblet. It was wonderful. The rest of the day and night I was in an egoless trance. I was also close to vomiting a few times. It was a tricky balance. As many things in life are." 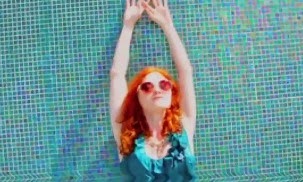 Leeds based indie poppers Goodbye Chanel have revealed the video for their catchy tune "Foreva".

The song is part of our current playlist and is taken from their second EP 'Hot City Nights', released back in April via Dead Young Records. Grab your copy here.

The karaoke VHS-style video was edited by Media Cake. Watch it below.