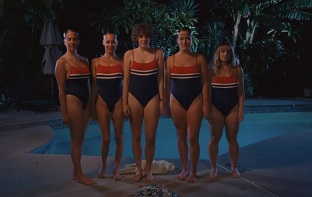 The song is taken from their EP 'III', which came out in September 2018 through Cascine Records. Get your copy here.

The video was directed by Pavel Brenner. Take a look below.

Watch: Kill The Moose Reveal Music Video For "She Gets High" 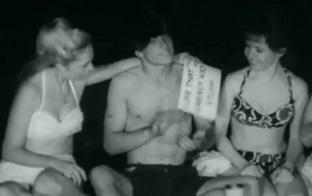 French indie rock/alt/shoegaze band Kill The Moose have revealed the video for "She Gets High".

The song is part of our current playlist and is taken from their third EP 'To The Moon And Back', released in September 2018. Get it here.

The video was directed by Jon Hall. Watch it below.

Email ThisBlogThis!Share to TwitterShare to FacebookShare to Pinterest
Etiquetas: Alternative, Indie Rock, Kill The Moose, new video, Shoegaze, To The Moon And Back EP

New Entry: Tempesst Premiere New Single "Is this all that there is?" 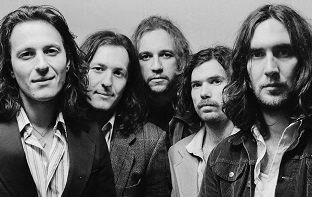 London-based psych pop/indie rock band Tempesst have premiered their new single "Is this all that there is?".

The song is out now via Pony Recordings.

Email ThisBlogThis!Share to TwitterShare to FacebookShare to Pinterest
Etiquetas: Is this all that there is?, new single, Psych Pop, Tempesst 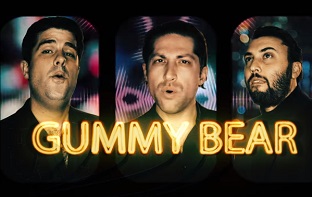 The song is part of our current playlist and is taken from their new album 'Guy Walks Into A Bar',  which will be out on July 26th via Fiction Records. Pre-order your copy here. 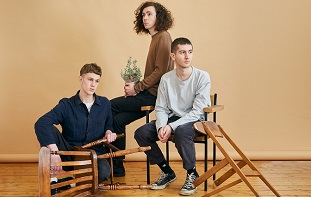 The song is taken from their long-awaited debut album 'Incidental Music', set to arrive on on April 5 via Melodic Records. Pre-order the album here. 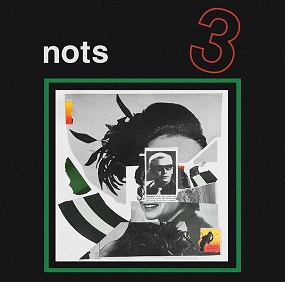 The follow-up to 2016’s Cosmetic, will be out on May 10 via Goner, and is their first album as a trio; Alexandra Eastburn left the band last year.

The band have also shared their infectious new single "Half Painted House", which "is about being stuck in a haze of repetitive cycles while change proves to be both stubborn and elusive,” Natalie Hoffmann said in a statement. “The veneer of what it looks like to be ‘normally functioning’ during these tumultuous times is a peeling to reveal a mind struggling to keep from turning against itself.”


Check out the album's tracklist and listen to "Half Painted House" below. 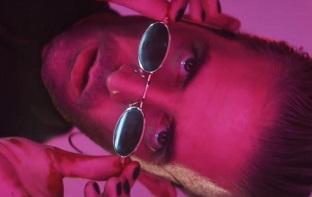 Brooklyn-based dance pop/glam punk band The Makeout Club have unleashed the video for "Lose Yourself".

The song is part of our current playlist and came out in  July 2018. Get it here.

Speaking about it, vocalist Robert Granata said: “Lose Yourself is a track about waking up one morning and not understanding where you are. Who your friends are and the decisions you’ve made. Were they the best for you? Is it alright to lose yourself? Or is it better to turn and face yourself? Step inside and see what awaits…”

The video was directed by Alex Purifoy. Watch below. Leeds/Wakefield garage punk three-piece Drahla have announced they will release their highly-anticipated debut album 'Useless Coordinates' on May 3 via Captured Tracks.

Speaking from her current base in south-east London with bassist Rob Riggs, singer/guitarist Luciel Brown recounts the record’s somewhat chaotic gestation. “Most of last year was spent touring, so we were squeezing writing and recording in from the beginning of 2018 until end of August.” In-between a headline tour, support slots with Ought and METZ, and multiple festival appearances - including at Meltdown at the request of The Cure’s Robert Smith - Brown, Riggs and Wakefield-based drummer Mike Ainsley managed 10 days in the studio in total.

It was the unsettled nature of the period that part-inspired the album’s title. “[Useless Coordinates] summarised all of our situations,” Brown explains. “We had all these shows coming up and we knew we needed to leave our jobs and change our living situations to make all this stuff happen. So we had all these fixed points and timelines, but at the same time we felt quite lost within all of that.”

Though they felt adrift in their personal lives, artistically Drahla thrived amongst confusion. Experimentation was integral to the creative process, with Brown and Riggs continuing to swap instruments as per their live shows, while collectively they were open to relinquishing traditional song structures in favour of adopting a more instinctive approach. Another integral development proved to be the involvement Chris Duffin of XAM Duo, who played saxophone on large swathes of the record and whose esoteric musical tastes were influential.

The result is an uncompromising but deeply rewarding debut where the internal and external, cerebral and visceral coalesce to quite startling effect.

Pre-order the album here, check out the tracklist and the video for their new single "Stimulus For Living", below. 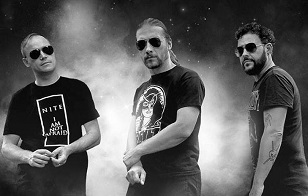 Danish post-punk band The Foreign Resort have shared their new single "Burn in the Night".

The song is taken from the band's forthcoming new album 'Outnumbered', which will be out on March 29 through Artoffact Records. Pre-order your copy here.