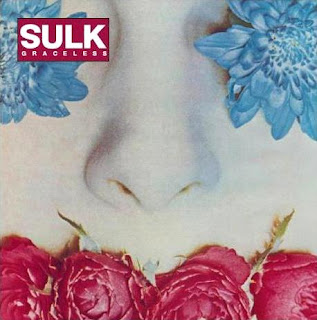 The band's long awaited debut album was recorded and produced in Brussels by former Suede, Pulp and White Lies associate Ed Buller and mixed by Jonas Verwijnen and Antti Joas in Berlin.

'Graceless' is heavily inspired by 90s guitar psychedelia, ‘Madchester/Baggy’ and the early Britpop sound.  It would be impossible to walk away from listening to this album and not think of The Stone Roses, Suede, The Charlatans, and we love the idea of having a current edge album with those classic Madchester sounds. Lucky for us, Sulk has managed to keep the essence of that era wonderfully.

The 10-track LP is full of psychedelic-indie guitar riffs making the perfect combination with lead singer Jon Sutcliffe's catchy voice. Since the first time we heard SULK back in 2011, we knew they were going to be big, and with Graceless they could make our Best Album of 2013.

Haven't bought 'Graceless' yet? What are you waiting for? We highly recommend this album, so get your copy HERE right now!

Visage Reveal "Shameless Fashion" Off Their First Album In 29 Years 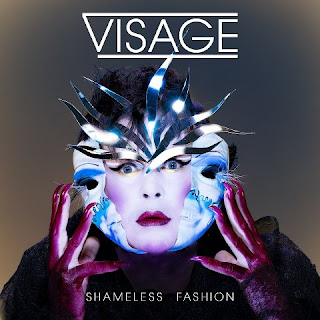 New Romantic pioneers Visage are back with a brand new brilliant single titled "Shameless Fashion", taken from the band's upcoming fourth album "Hearts And Knives", their first release in 29 years.

The song is part of our current playlist www.koolrockradio.com and is is out now digitally, the CD format will be available on May 6.

In the band’s press kit, Strange says of the decision to revive Visage:

“It was a question really of all the parts falling into place. Firstly, I am at a point in my life where I have been clean for 10 years and I am happy with my life and, secondly, the positive people I now surro9und myself with —not least the members of Visage — helped to create an atmosphere where the album started to happen. It took us three years and it was no easy ride, but it’s here now and we are all really pleased with it.”

This week's Single of the Week on www.koolrockradio.com is "Alive", the lead single of Empire of The Sun upcoming sophomore album 'Ice on The Dune'.

The track was revealed this morning and it's available to download from iTunes. Listen to the band's cheerful track below.

"Loving every minute 'cause you make me feel so alive..."

Japanese four-piece Taffy have unveiled the video for "Snowberry", taken from their forthcoming sophomore album 'Lixiviate', released on 17th June via Club AC30. 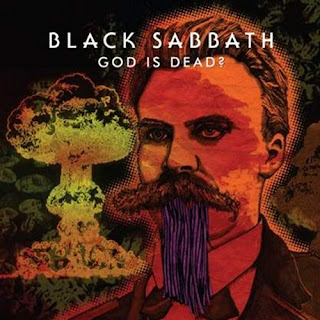 Black Sabbath have announced that "God Is Dead?" will be the lead single from their upcoming album '13'. The track is currently listed on Amazon and will be release this Friday (April 19).

According to Exclaim, the track has been already snipped during an album teaser that revealed the cover art for 13.

The band have also revealed the tracklist for "13". Check it below.

Sabbath are also set to debut the new album's opening track, End Of The Beginning, on the season finale of CSI: Crime Scene Investigation in May.

A new footage video of Black Sabbath in the studio with producer Rick Rubin during the making of their forthcoming album '13', was revealed this weekend. Watch it below.

Watch: Veronica Falls Unveil New Video For "Waiting for Something to Happen"

London based indie-pop outfit Veronica Falls have unveiled the video for their new single "Waiting for Something to Happen".

The song is part of our current playlist www.koolrockradio.com and is taken from the band's new album of the same name, out now on Bella Union/Slumberland.

The video was directed by Paul Kelly. Watch it below.

Empire Of The Sun are streaming "Alive" the lead single of their upcoming new album 'Ice On The Dune'. The song has been added to our current playlist www.koolrockradio.com.

The band have also revealed the album tracklisting for 'Ice On The Dune'. Check it below.

'Ice On The Dune' on June 14 via EMI, a fortnight after Empire Of the Sun headline Vivid Live 2013 at the Sydney Opera House on Thursday, 30th May and Friday, 31st May. You can pre-order the album now on iTunes. 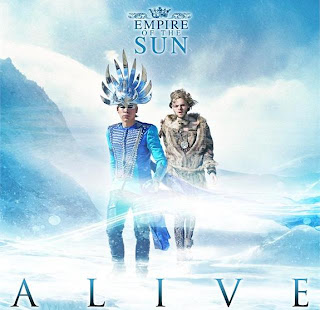 Empire of The Sun have unveiled what they have called  "the first transmission" of their upcoming  new album 'Ice On The Dune'.

Titled "Alive (Stretched Alive)", the transmission is a three hour ambient stretch of music and you can have a listen below.


A few days ago, the duo confirmed "Alive" as the first single from the new record, which will be out tomorrow Tuesday 16th April, and the album itself will be released Friday, 14th June via EMI.
Publicado por KOOL ROCK RADIO en Monday, April 15, 2013 No comments: