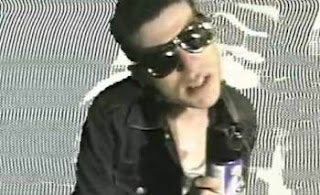 San Diego noise rockers Crocodiles have premiered a new music for  "Cockroach", the lead single from their upcoming fourth studio album 'Crimes Of Passion' out on August 20 via Frenchkiss.

Featuring plenty of retro, VHS-era effects, the weird video shows frontman Brandon Welchez using a can of bug spray for a microphone. The song is part of our current playlist www.koolrockradio.com and follows the duo's first Federal Prism single "Destroyer," which arrived last year and featured a remix by Trent Reznor, Atticus Ross and Alessandro Cortini.

Directed by Dawn Garcia and produced by the now re-branded Myspace, the quirky clip captures the awkwardness of the office crush and gives it a surrealist twist. 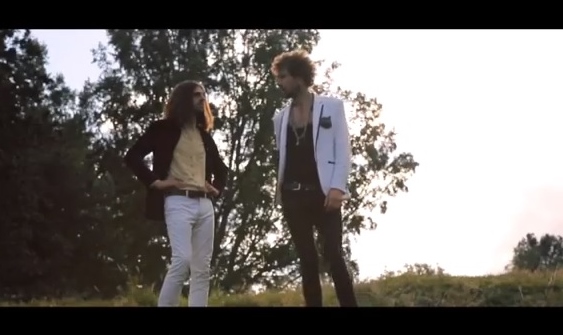 London duo Babeshadow have shared the video for their new single "Lonely Morning" out now. The song is part of our current playlist www.koolrockradio.com.

Following the release of their debut EP 'Sea Serpents' on LuvLuvLuv Records, they found themselves performing at Glastonbury, supporting Mystery Jets, The Drums and Florence + The Machine, performing BBC radio sessions, and headlining their own UK and Italian tours.

The duo have since spent the last year in their homemade recording studio in East London, writing and recording for their full length debut, whilst also fitting in a string of live dates and a support tour with Crystal Fighters."Lonely Morning" is the first track taken from those sessions. 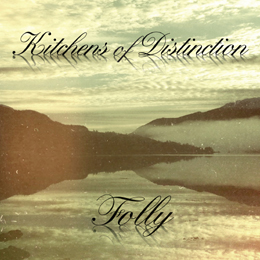 Kitchens of Distinction have revealed full details for their long-awaited new album titled "Folly", which will be out on September 30th via 3 Loop Music. The 10-track album is the band’s first in 19 years following the release of Cowboys And Aliens in 1994.
Patrick Fitzgerald explains the gestation of the album:

“These songs came together over a two-year period which began in June 2011 and finished during April 2013. As with all songs by Kitchens of Distinction, new and old, they began with the musical structure first, the tune and lyrics coming later. With these songs I wrote the initial music, with KOD guitarist Julian Swales shaping them, suggesting tempo changes, structure changes, and providing the trademark sonic embellishments of his galactic guitar cascades. Dan Goodwin, original KOD drummer, added percussion and rhythm programming support. They were recorded in my studio in Derbyshire and at Julian’s studio in Brighton. The songs were mixed with Pascal Gabriel in April 2013 when I was recovering from a nephrectomy and winter would not leave us.”

Folly will be available in vinyl, CD, digital formats and in a very special bundle, so be sure to pre-order your copy today from 3 loop music.

The tracklisting of the album is as follows: