Cologne based electro-pop producer Roosevelt has shared the video for his debut single "Sea", out now via Greco-Roman. The song is part of our current playlist www.koolrockradio.com.

The video was directed by Jem Goulding. Watch it below. 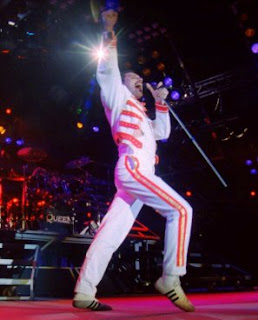 
Entitled "Hungarian Rhapsody: Queen Live In Budapest", the concert film will be released on DVD, Blu-Ray, 2xCD and DVD Deluxe Edition and a 2CD and Blu-ray Deluxe Edition and will also include a new documentary, A Magic Year. This 25-minute film shows footage of the band following their legendary performance at Live Aid in London in 1985 - which took place in the lead up to the huge Budapest gig. The documentary boasts previously unseen footage and interviews and has been put together especially for the DVD release.

The Budapest gig was part Freddie Mercury's last ever tour with Queen and was filmed three years before the fall of the Berlin wall. It was the largest concert ever staged at the Népstadion in Budapest as the band played to 80,000 fans. It was the first Western Rock Concert staged in a stadium behind the then Iron Curtain.


Queen guitarist Brian May and drummer Roger Taylor say: “We’re delighted that Queen fans across the world will finally have the chance to relive this amazing moment for the band. We knew a stadium concert in Budapest was ground–breaking, but hadn’t quite anticipated what a historic night it would turn out to be. The concert looks fantastic on the screen in all its digitally re-mastered glory and the documentary does a great job of setting the scene – it really was an extraordinary time in the band’s history.”

'Hungarian Rhapsody: Queen Live In Budapest' DVD and Blu-Ray tracklisting is as follows:

Watch: Placebo New Video For "B3"

Placebo have unveiled the brand new video for “B3”, the title track from their recently released five-track EP. The song is part of our regular rotation www.koolrockradio.com

The video was directed by Eric Epstein. Watch it below.