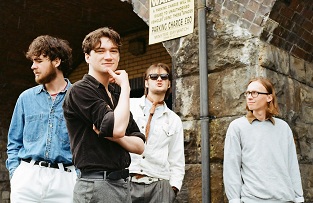 Bristol post-indie/post-pop band Belishas have unveiled their new single "Brother".
Written as a reaction to the current state of the nation, Brother delves deeply into personal anguish at the ever-worsening, austerity ridden modern Britain. Rather than a direct and aggressive approach, the song sorrowfully weaves its way through every-day struggles, highlighting the disarray and chaos we have to endure on a daily basis.
Written in the post -Brexit perspective, the song confronts the mass unemployment of youth, growing and normalised xenophobia and the overall apathy that seems to encapsulate these times. Contrasting with the empowering jangle of Whispers, Brother lifts a sorrowful veil, reacquainting us with the real world once again. 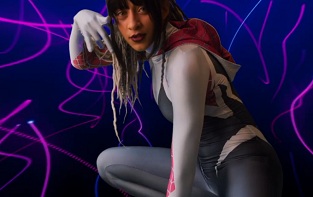 The song is taken from their upcoming album 'Moving Units of Mercy', which will be out this fall.
Watch/listen below. 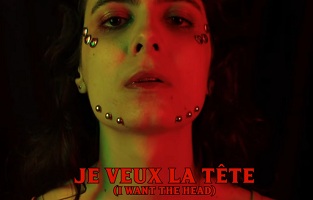 French coldwave/post punk/synthwave duo Echoberyl have dropped the video for their new single "Salomé (Suffer Me)".

The song is taken from their forthcoming new album 'Mother Solitude and Other Dark Tales', which will be released in October 2021. Get it here.

From the duo: "Our version of the myth of Salomé and her fatal dance (in an alternative video edit). Inspired by the tragedy by Oscar Wilde and the film transpositions of Carmelo Bene and Ken Russell."
Watch/listen below. 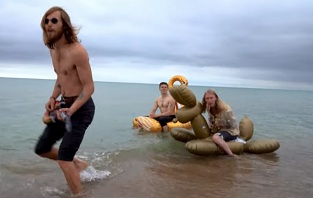 New Entry: Metal Disco "Σκιές" & "To The Beat Of Her Heart" 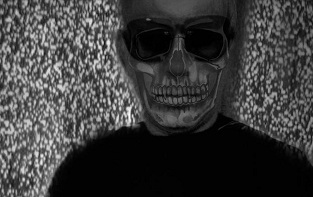 The first track features on his 'Καμία Εξουσία' EP and the second is taken from his 'Rough & Dirty' EP, both released via Werkstatt Recordings on July 25.

Stream both tracks below.

Watch: Capitol Unleash New Single/Video "Moths All Around Me" 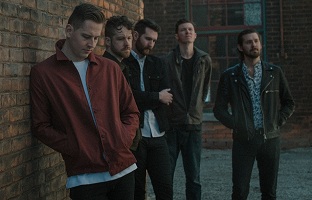 Canadian new wave/post punk/dream pop band Capitol have unleashed the video for their new single "Moths All Around Me".

The song is taken from their forthcoming new EP 'All The Rest Of My Heads', which will arrive on September 17th via Meritorio Records. Get it here.
From the band: “‘Moths All Around Me’ is first and foremost our version of a love song. It’s a sort of recognition that we can destroy ourselves in love just as we can best ourselves in love, or often do both at once”. 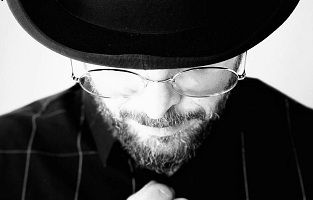 On 'Afterlife', which features Eleonora on vocals, a percolating bassline acts as the foundation for Eleonora's wistful spoken word. Her lyrics tell the story of her experience in the afterlife and the questions she asks while she's there. Meanwhile, the instrumental goes through peaks and troughs, sparking head nodding and two-stepping in abundance.
Stream it below.

Pink Turns Blue Announce New LP 'Tainted', Stream "You Still Mean Too Much To Me" 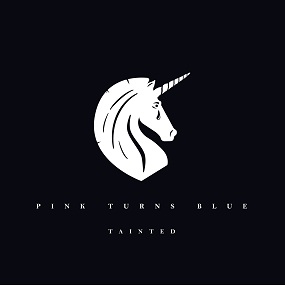 Berlin post-punk/alt rock band Pink Turns Blue have announced the released of their new studio album 'Tainted'.
Set to be released on September 24 via Orden Records, this album is the result of time well spent this past lockdown year writing, recording, mixing and mastering the new album in their Berlin recording studio. Pre-order your copy here.
Inspired by Joy Division, The Sound and The Chameleons, Pink Turns Blue plays alternative rock heavily influenced by 80s post-punk and new wave.
On ‘Tainted’, the band added an electronic element to their classical vocals, guitar, bass and drums. The album title itself relates to the state of our world: climate change, its effects, the reaction to it, the split within society, isolation, health risks and financial uncertainty.
"How to overcome the grief / pain of lost love, torn between hate, very bad feelings and, at the same time, not being able to let go at all. As there is no understanding why you fall in love with someone in the first place, there is also no reason / understanding  why love does end or your love of life starts to feel attracted to someone else. It all dissolves into nothingness," says vocalist/guitarist Mic Jogwer.
"Some melodies and moods just call for certain sad themes and touch old wounds that never seem to heal. Normally love stories don’t seem to have a connection to me and my life. But then, when I find a sad melody with some sad chords it all gets stirred up and comes to life. Maybe love really never ends."
Check out the album's tracklist and listen to their new single "You Still Mean Too Much To Me", below.
Tainted tracklisting:
01. Not Even Trying
02. There Must Be So Much More
03. I’ll Never Give Up
04. So Why Not Save The World
05. I’m Gonna Hold You
06. It Fades Away
07. Never Give Up
08. Summertime
09. Brave New World
10. You Still Mean Too Much To Me 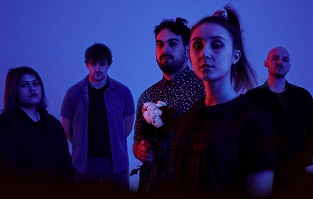 Lead by vocalist and front-woman Taylor McAuliffe 'Operator' is an ode to safe spaces in music venues and the importance of calling out toxic behaviour that can sometimes go unchecked. Co-written by Fletcher Matthews (Clews, The Buoys, and Dear Seattle) 'Operator' is just one of the multiple releases that DROVES have in store for 2021 and a call out from their EP that will be out on the 15th of October.
“This song to me was written as a call to be confident, be loud and be heard. It’s a way to put aside the everlasting negative impacts some situations and experiences have for a few minutes to celebrate, dance, and let go instead.” Taylor elaborates, “We’ve always made it imperative that our shows are a safe space for everyone to be comfortable in. It’s a value that we, as a band, hold very closely. We will always stand in solidarity with anyone who has been impacted by harassment or abuse and the constant fear that comes with it. There’s been enough silence around subjects that make people uncomfortable, and this is our chance to use our platform to voice this.”