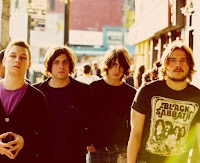 The Music To Split Up After August Tour 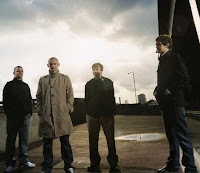 The Music have announced that they will split after their farewell tour in August.
Battling against the industry, the Leeds band packed out venues across the North of England when still unsigned. That early momentum saw them pick up a deal with Hut, who released their self-titled album back in 2002.
Touring across the world, The Music became festival favourites, their hi-octane live show sat somewhere between early Verve and Led Zeppelin, mixing electronics with huge riffs. However trouble set in when singer Robert Harvey succumbed to addiction. Admitting problems with drink and drugs, a spell in rehab took The Music off the road for almost two years.
Stalling the momentum of their career, a lacklustre third album 'Strength In Numbers' followed in 2008. Since then, the band have struggled to regain the sense of purpose which fuelled those early live shows.
Now the band have announced that they are to part company after ten years together. In a statement The Music said: "We've come so far together and now it's time to end things the right way and in the place we love the most - onstage playing live. We're going to give it our all for these last times together and it's going to be emotional, but were really glad to get back to Japan one last time where people have been so good to us over the years, and we send our love and thoughts to everyone there who has been affected by the terrible events of March 11th."
"We'll be saying thankyou to so many people over these dates and we'll start now by saying thanks to anyone who’s been with us on this incredible trip. We're all looking to the future and what comes next, but we'll always be grateful for the years, times and experiences we've shared. We're going to make these shows as much of a party as we can, and we hope people turn up to celebrate with us."
Split between Japan and the UK, The Music are to play the following shows:
July
25 Osaka Big Cat
26 Nagoya Club Quattro
27 Tokyo Club AX
August
4 London Shepherds Bush Empire
5 Leeds O2 Academy
Publicado por KOOL ROCK RADIO en Thursday, March 31, 2011 No comments: