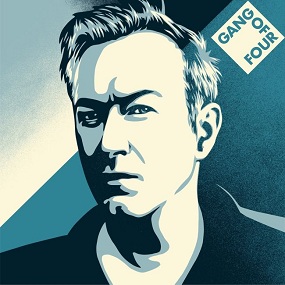 Iconic British band Gang of Four have announced the release of their new EP 'Anti Hero'.

Featuring the late guitarist Andy Gill, who died earlier this year, the 4-track EP will be out on will arrive July 17th and feature a portrait of Gill on the cover, designed by Shepard Fairey.

The band have also shared their new single "Forever Starts Now", co-written by Late Guitarist Andy Gill. Its original working title was “Hero,” a reference, John explains, to the lyrics about “a character who sees himself as the hero of his own life and manipulates his partner into supporting this fantasy. The line, ‘She sings along with his song / she thinks it’s like having the radio on…’ always brings a wry smile.”

Check out the EP's tracklist and listen to "Forever Starts Now" below. 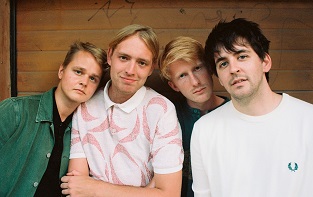 The song is out today (May 29) and is the first single taken from their debut album 'Time Well Spent', due september 2020 via Sellout! Music. 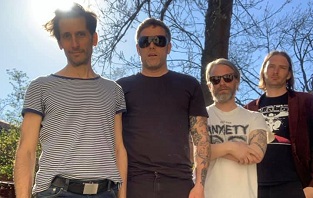 The song is taken from their forthcoming new EP 'Roofied Angels', set to be released on June 26 via PNKSLM Recordings. Pre-order your copy here.

"The 7 minute fuzz-blizzard track might just be the best thing the band’s put their name to yet, melding Motörhead and Shangri-La’s influences into their krautrock infused psychedelic rock". 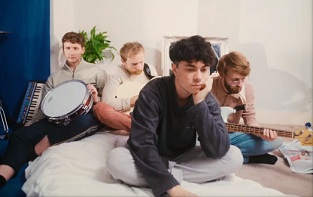 Sussex indie pop band Suns Up have the video for their new single "Grows".

Speaking about the song, the band explained: “The song is about us being in the prime of our lives, enjoying what’s happening but deep down wanting more, questioning yourself daily but finding comfort in staying up late at night working on something you’re passionate about” 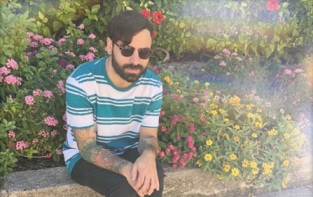 The song, featuring Kim Weldin of Tape Waves, is out today (May 29) through Spirit Goth’s  label BIRTHDIY. Get it here.

Messore explains: “This track has actually been in the works for a few years. I imagined a riff that would be played on a 12 string acoustic guitar, and I went from there, working and creating what became “Undertow.” I envisioned layered vocals for this song, kind of a high and low melody. It all came together when I asked Kim Weldin of the band tape waves to do guest vocals for the track. The dreamy aspect of her voice added exactly what I wanted in order to finish the song.” 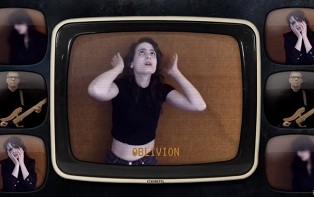 French coldwave/post punk/synthwave duo Echoberyl have dropped the video for their new single "Listen to Oblivion".

The song, made during the lockdown, is out today (May 29). Get it here. 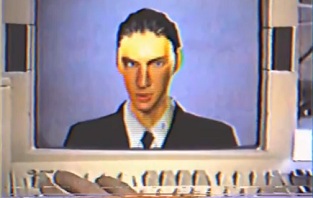 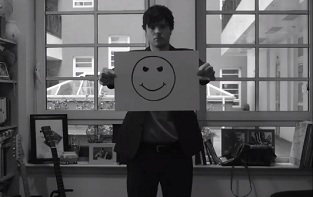 Glasgow noisy post-punk duo Memes (aka John McLinden and Paul McLinden) have unleashed the video for their latest single "Cheer Up".

The song is part of our current playlist and came last Friday (May 22) via Fierce Panda Records. Grab it here

“‘Cheer Up’ is about cancelled gigs, environmental catastrophe and the importance of staying in to watch TV. It's about heads of states and states of hands. It's about lifting the gloom in an atmosphere of doom. It's about fast food and slow internet. Streaming MP3s at 2MTRs distance. Stay home. Protect the NHS. Cheer Up.” 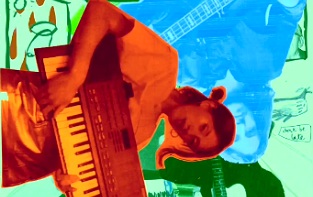 The song is taken from their upcoming self-titled debut album, out today (May 29) though Melodic Records. Get it here..

Watch: Vistas Air Music Video For "Everything Changes In The End" 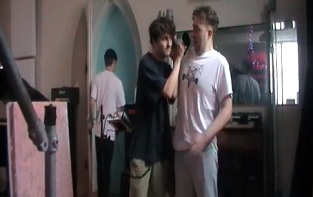 Edinburgh indie rock/pop band Vistas have released the video for their new single "Everything Changes In The End".

The song serves as the title track of their debut album ‘Everything Changes in the End’, out today (May 29). Buy it here. 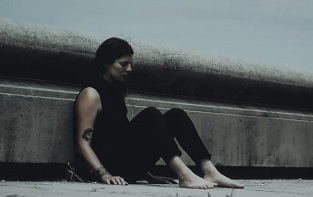 The song is taken from his third full length album ‘Bodies’, released in March this year via Avant! Records.Get your copy here. 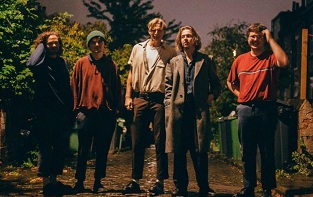 Hull-based dream pop/psych/shoegaze band Bdrmm have released the GLOK Remix of their latest single "A Reason To Celebrate".

The band will release their highly-anticipated debut album 'Bedroom', on July 3, via Sonic Cathedral. Pre-order your copy here.

Get the remix here and stream it below. 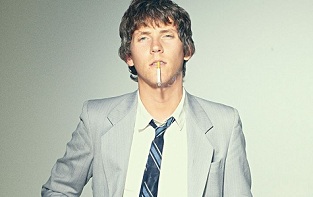 The song, produced by Chromatics’ Johnny Jewel is out today (May 29) via Italians Do it Better. Grab it here.

Eatherly says of the new single, "A crush hits you like an avalanche. An electric storm throwing you towards a new destiny. The waters are deep and your feet can’t touch the ground. This song encapsulates that excitement of being forced out of your routine. The wind blows sand in your eyes...but you can't look away from the sun. Waiting for a signal from the UV rays, unable to ignore your fate. Embrace the unknown."

Club Intl was born when the East Village basement studio that Eatherly records in had a nightclub built on top of it. He explains, "All of a sudden there was this nightclub above our clubhouse. The energy from upstairs and seeing hundreds of kids just wilding out every night, started seeping into what we were working on downstairs."

The video was directed and edited by Johnny Jewel. Watch it below. 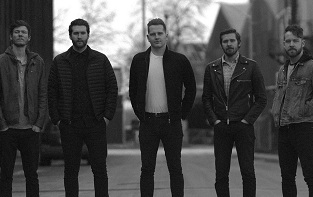 The song b/w "Piano Exit" will be out on  July 31 via Meritorio Records and Kingfisher Bluez Records. Pre-order your copy here. 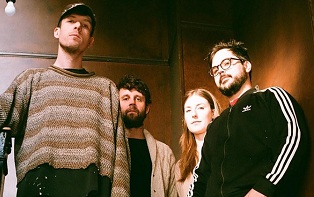 The song is taken from their upcoming debut full-length album ‘Pure Glass’, recorded with Dylan Frankland of Tallies, out on June 26th via Hand Drawn Dracula. Pre-order your copy here.

The band have performed with the likes of Lust for Youth, DIIV, Beach Fossils, Weyes Blood, The Chameleons, Night Beats and Drab Majesty. 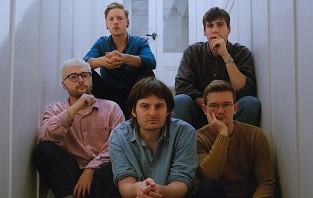 The song is out now and was recorded with Dave ‘Izumi’ Lynch (Toploader, Jake Bugg, The Magic Numbers) at Echo Zoo Studios. Grab it here.

“‘Lots of Nights Out’ is about getting to an age by which you’d always thought you’d have it all figured out, but you still haven't. You're in pain, you’re worried about getting old and you feel directionless.” says the band’s lead vocalist, Darrell.

“It explores and critiques the only ‘medication’ I had at my disposal at that time of my life: going out and getting drunk. It’s from the perspective of someone reflecting on their lifestyle, talking about the time they spend trying to escape and impress other people. This track is about taking a step back and seeing this mentality for what it was to me — fun, but ultimately exhausting and damaging. The end of the song tries to encourage anyone in a bad spot that things can and do get better”.

Email ThisBlogThis!Share to TwitterShare to FacebookShare to Pinterest
Etiquetas: Indie Rock, Lots of Nights Out, Post Punk, The Brave Faces 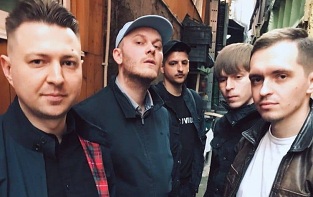