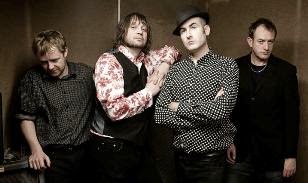 Rock'n'roll dynamos The November Five have announced they will released their brand new single "A Little Knowledge" on March 9th by Montauk Industries.

This is the band's first new release since their explosive and critically acclaimed debut album, 'If You're Satisfied You Are Dead'.

The track is backed with "Hot Cell", and will be available for download via iTunes, Amazon and other digital retailers. Both tracks have been added to our current playlist.

The November Five will be touring the UK in March. Check out the dates below. 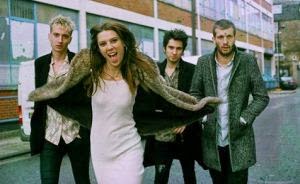 London indie rock four-piece Wolf Alice have announced that they are set to release their debut full-length 'My Love Is Cool'.

The band's debut album will be out on June 23rd via Dirty Hit/ RCA, and will be their first release since 2014's 'Creature Songs' EP. Pre-order it here.

About the record, singer Ellie Rowsell, said: "It's 100 percent not a grunge record. It's a much braver record than that. There's a mix of genres on it. We're using our instruments in different ways, like Joff [Oddie] using his guitar as a synth."

The band have also aired their new explosive single "Giant Peach", and according to Ellie, "the track is about growing up in London, so the title could also maybe be an across-the-pond version of New York City's "Big Apple" nickname. It's about a love affair with the city, it's a song to dance to, but also a song to lose your shit to."

Check out the album's tracklist and have a listen to "Giant Peach" below. 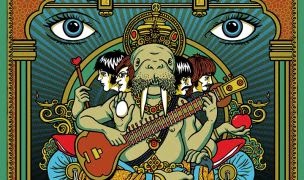 The track is part of our current playlist and features on the upcoming album 'The Magical Mystery Psych-Out - A Tribute To The Beatles', a tribute to the most influential rock band of all-time. It will be out next week (March 3) via Cleopatra Records. Pre-order your copy here.

Have to their take on "Julia" below.

Email ThisBlogThis!Share to TwitterShare to FacebookShare to Pinterest
Etiquetas: Cleopatra Records, cover version, Julia, The Beatles, The Magical Mystery Psych-Out - A Tribute To The Beatles, The Vacant Lots, tribute album 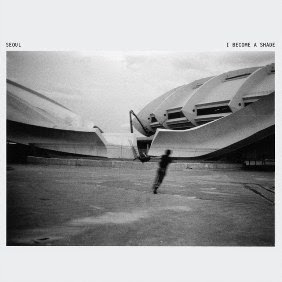 Montreal ambient-pop trio Seoul (formerly known as Cherry Chapstick), have confirmed they will release their long-awaited debut album 'I Become A Shade' on June 9 through Grand Jury Music.

The album features 12 tracks, including the previously unveiled singles "Stay With Me" and "White Morning".

About the record, the band said: "We put our whole selves into this piece and are incredibly excited for it to finally pirouette full of rain and devotion into your hands and hearts. The first run of 12" records will be printed on ultra clear vinyl, and the packaging featuring the art of Christopher Honeywell is truly beautiful!"

The band have also aired their new catchy single "The Line". Have a listen below.

Pre-order the album here. The tracklist is as follows:

Watch: Shiners Share Music Video For "Karma (Is Coming To Get You)" 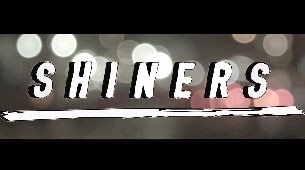 London based brit-wave band Shiners have shared the video for their latest single "Karma (Is Coming To Get You)".

The song, mixed by Tarek Musa (Spring King frontman/Producer), is part of our current playlist.

The video was filmed by Ben Ringwood, Watch it below. 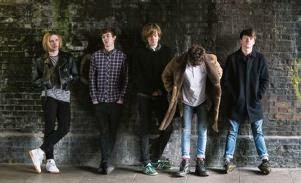 Sutton indie/alternative band The Bulletproof Bomb have dropped the video for their new single "1-10".

The song is part of our current playlist and will be out on March 9 via Paper Round Records. Pre -order your copy here.

The video was shot by Panda Productions. Take a look below. 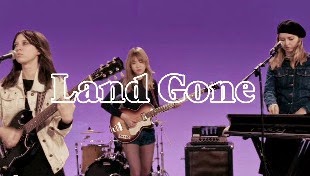 The son is part of our current playlist and is taken from their forthcoming debut full-length 'Land', which will be out on May 12 via Sinderlyn Records.

Pre-order the album here, and check out the video for "Land Gone" below. 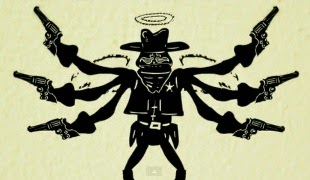 WOOF., the solo recording project of New Jersey-based multi-instrumentalist and singer Kelan Bonislawski, has shared the video for his latest single "Certainty".

The track is part of our current playlist and is taken from his new self-titled EP, which came out in February 10 via Tree Machine Records. Get it here.

The video was created from Nick Fox-Gieg's "The Foxhole Manifesto" under creative commons. Check out below. 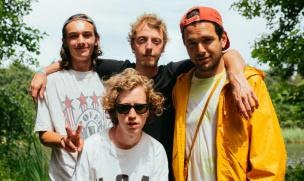 Manchester indie rockers Spring King have announced they will release their new EP titled 'They're Coming After You' in April.

The 5-track EP, recorded, mixed and produced by Tarek Musa, and mastered by Robin Schmidt at 24-96 Mastering, will be out on April 20th on Handsome Dad Records in UK/EU as well as the first single of a Double A on Mermaid Ave / Mom & Pop out in the U.S.A. on February 24th. Pre-order  your copy here.

The band are also streaming their new rockin' single "City". Check out the EP's tracklist and listen to "City" below. 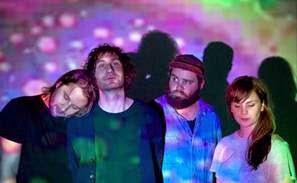 Norwegian psychedelic, experimental band The Megaphonic Thrift have unleashed the video for their next single "Interlopers".

The song is part of our current playlist and is taken from the band's third studio album 'Sun Stare Sound', released last week (February 20) via YAP Records. Buy your copy here.

Watch the Bergen scene dance and prance around to the sound and light of psychedelic bliss!