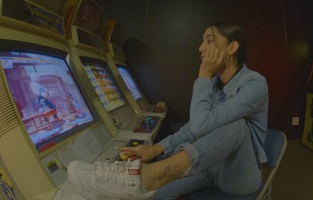 Phoenix, AZ indie rock/synthwave/post punk band Paper Foxes have released the video for their catchy single "Crystal Ball".
The song is part of our current playlist and came out last week (May 21). Get it here. 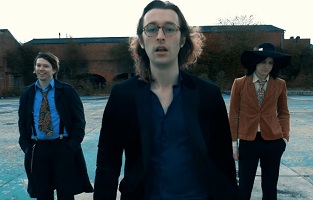 Manchester indie disco/pop band Peacock Method have released the video for their catchy debut single "I Don't Mind".
Embodying said aesthetic, Peacock Method’s debut single ‘I Don’t Mind’ is three minutes of deep grooves, pulsating bass and constantly shifting textures that evolves subtly and steadily as it progresses; it’s second half an almost different beast entirely to the skittish, coy indifference of the first.
Drawing early comparisons to the likes of Ian Dury & The Blockheads and Talking Heads, it’s easy to hear their influence throughout, though it’s far from derivative. Described by the band as being “an emotive electronic anthem that came from the desire for escapism, a blasé attitude towards partying, and inhibition and anxiety on a night out.”
Peacock Method are: Adam - lead vocals/guitar/keys/production, Lucas - bass/backing vocals and Rich - lead guitar/backing vocals

Watch: The Calls Reveal Music Video For "Way Far Out" 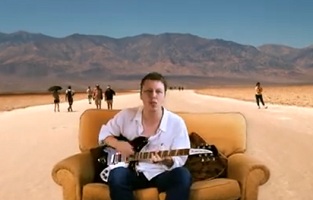 Leeds indie/psych trio The Calls have revealed the video for their trippy single "Way Far Out".

The song is part of our current playlist and is came out last week (May 21). Get it here.
Watch the video below.
(facebook.com/thecallsuk) 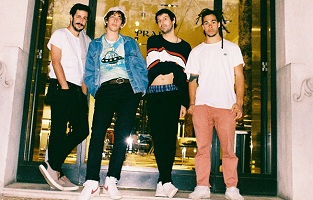 Portugal-based dream pop/indie band Hause Plants (lead by Guilherme Machado Correia) have dropped their new single "Melissa Smith (I Used To Make Out With)".
The song is taken from their debut EP 'Film For Color Photos', out today (May 28) through Spirit Goth / BIRTHDIY. Get it here.

New Entry: Nylenda Unleash New Single "Without and Still Within" 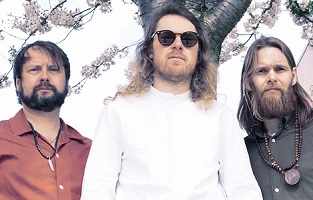 Norwegian psych-electronica trio Nylenda have unleashed their new single "Without and Still Within".

The song is out now and is taken from their forthcoming new album 'Medicating a Prophet', set to be released October 8. Get it here.
Throughout the eight tracks of the album, Nylenda will take us on a full-fledged journey through their universe of psychedelic pop, space disco, and krautrock.
On “Without and Still Within” Nylenda takes us out of the club and into space. The band showcases a more psychedelic side of their sound that features hypnotic, soaring vocals accompanied by whirring, spacey synths, and a thunderous escalation at the midpoint. They have even replaced their trusted drum machine with some phased-out prog-rock drum fills.
«Wind and fire flows through me as discordant harmonies» / «walking fast but standing still». The lyrics explores how contrasting emotions can be present at once and how this ambivalence can prevent us from making choices and move forward. 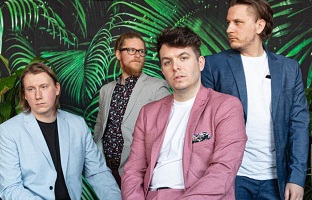 The song is out today (May 28). Get it here and stream it below. 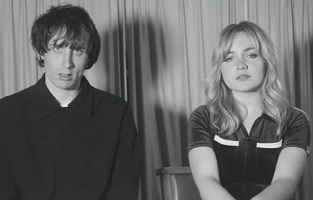 Hull post punk/alt band Low Hummer have aired the video for their newest single "The People, This Place".
The song is taken from their highly-anticipated debut album 'Modern Tricks For Living', which will be out on September 17th via Dance To The Radio. Pre-order your copy here.
Watch the video below. 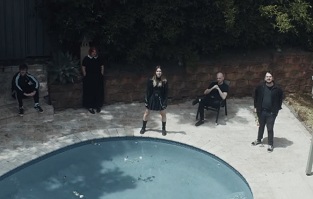 Sydney via Wollongong new wave/synth punk DROVES have released the video for their latest single "Trash".

The song is part of our current playlist and is taken from their upcoming Self-Titled EP. Grab it here.