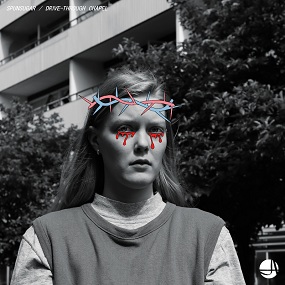 Featuring the previously shared single "Happier Happyless", the 11-track record will be out via Adian Recordings on Friday 2nd October. Pre-order your copy here.

The record outing sees them take on the dark and pulsing nature of the post-punk sound and deliver it through a completely new and diverse contemporary lens. Produced by Joakim Lindberg at Studio Sickan, Malmö, who has filled it with a rich and textured atmosphere running the length of this new collection, ‘Drive-Through Chapel’ sets itself as one of the most thunderous and anthemic offerings in the Adrian Recordings catalogue.

They are more often compared to Curve, Swervedriver or Ringo Deathstarr rather than the likes of Cocteau Twins or Slowdive. Although heavy on effects, nothing is hidden within the music, including the lyrics. The lyrics are heavy with pop cultural references, stemming from Cordelia’s love for obscure genre films. Often driven by riffs rather than soundscapes, they focus equally on having a prominent bass as well as prominent guitars.

“We call ourselves an alternative rock band with shoegaze influences. Sound wise, imagine if Alternative Nation on MTV 1997 and a drum machine fall into a cotton candy machine. The cotton candy wheel breaks and derails. We grew up farmer offsprings, bible belt kids of fundamentalists and trailer trash in small towns of Sweden. These are our references and this shapes our sound.” – Spunsugar

The band have also shared their new single "Belladonna," a Shoegaze pop tune about suicide you can dance to? Why yes, Belladonna is a nice sing-a-long song about questions about whether those suicidal thoughts are hereditary or if you’re just depressed because you’ve seen your parent not wanting to live anymore. About not feeling that you’re worthy of love. And what a banger it is! The first single by Spunsugar that showcases the singing chops of bass player Felix, who sings in unison with lead singer Elin in the chorus. Keep your ear out for the parts where all three members are singing at the same time. The closest to Beach Boys Spunsugar has ever been.

Check out the album's tracklist and listen to "Belladonna", below. 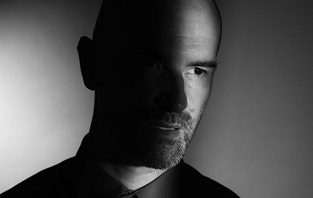 Zagreb minimal synth/electronic musician Iv/An has released his cover version of The Associates song "A".

Originally from The Associates' debut album "The Affectionate Punch" (Fiction Records, 1980), written and performed by Billy Mackenzie and Alan Rankine.

This version produced and performed by Iv/An, recorded in The Room, 2019. Previously unreleased, exclusive re-work from the "Exercises In Style" series. It will appear on an extra giveaway disc to "A STOPG P ND A BRE THING SP CE" - a free collection of sporadic cover versions recorded in the last 5 years. 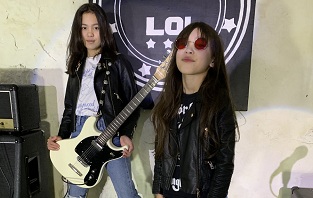 They started listening to punk and rock music after raiding their Dad’s record collection. Ramones, in particular became a firm favourite. Then a meeting with CJ Ramone made them decide to pick up instruments and form their band. They called themselves “Yee Loi” which means “2 girls” in Cantonese (a tribute to their Eurasian background). The girls are now writing and recording their own songs for an album. Rose started playing guitar at the age of 10, her biggest influences are Johnny Ramone and Steve Jones. Matilda started singing at 8 years old and now plays drums and guitar, her influences are Joey Ramone and Joan Jett.

The song is part of our current playlist and is out now. Get it here and watch them perform the cover below. 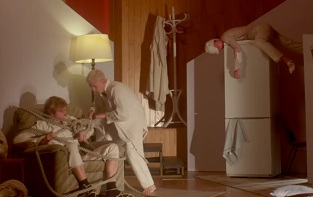 The song,  produced by James Ford, is out today (SEptember 10) via Dead Oceans. Get it here.

Speaking about it, frontman Charlie Steen said: “Alphabet is a direct question, to the audience and the performer, on whether any of this will ever be enough to reach satisfaction. At the time of writing it, I was experiencing a series of surreal dreams where a manic subconscious was bleeding out of me and seeping into the lyrics. All the unsettling and distressing imagery I faced in my sleep have taken on their own form in the video.” 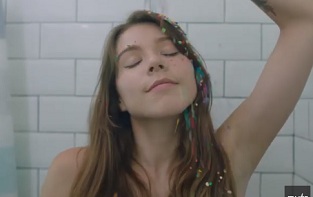 Legendary Manchester post-punk/funk band A Certain Ratio have premiered the video for their new single "Berlin".

The song is taken from their forthcoming new album 'LOCO', which will be out on September 25th via Mute. Pre-order your copy here. 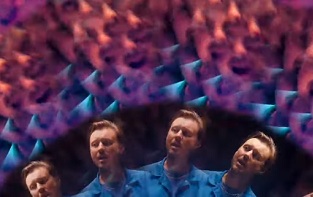 The song is out today (September 10) through Because Music. Grab it here. 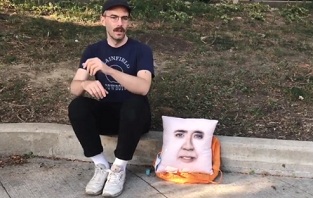 Toronto punk band Teenanger have revealed the video for their new single "Romance For Rent".


The song is taken from their forthcoming sixth studio album 'Good Time', set to be released on October 2 via Telephone Explosion Records. Pre-order it here.

Teenanger have procured something of a legend status in their home city having existed for just over a decade, pushing out a number of albums in that time – they are doing something quite unique in the city's scene, both in terms of their sound but also with the fiercely DIY approach that they take to writing/recording music. This new single further mines the sounds of Devo XTC, etc, but with the band turning their focus to app dating, poking a very satiric, tongue-firmly-in-cheek jab at the process of finding *love*.

Watch: Vanilla Gorilla Unleash Music Video For "Get Down" 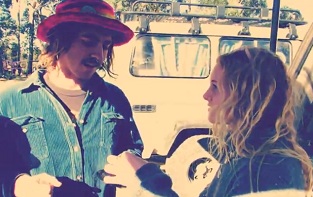 Aussie alt rock/surf band Vanilla Gorilla have unleashed the video for "Get Down".

The song is part of our current playlist and is taken from their 2019 EP 'Wild Vibrations'. Get it here. The song is part of our current playlist and is taken from their debut full-length album 'Sunlight', which came out in June this year. Grab your copy here.

The video was directed by Matt Sav. Check out below.