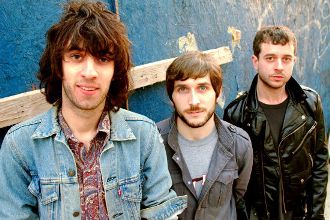 The song, produced by produced by Jorge Elbrecht, is a classic tune on www.koolrockradio.com. It was was dropped last year and will feature on the band's upcoming third album.

The video was directed by Emmanuelle Pickett (who also directed the band's excellent video for "What Now") . Watch it below.
(facebook.com/dinowalrus)