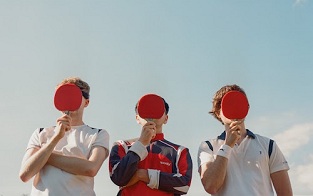 Portsmouth indie/surf pop band Dutch Criminal Record have aired their catchy new single "00's Nostalgia".
Speaking about it, Joe Delaney-Stone explains: "’00’s Nostalgia’ is a desperate cry of sentimentality in the face of existential dread, it’s something everyone has experienced at one point in their lives. I wrote it in deep lockdown around late April when the novelty of being cooped up had well and truly worn off. It had been unreasonably hot for April and as I slowly cooked in my barely ventilated North London flat I was noodling on my guitar and the intro riff just appeared on my fingers. As I came to write the lyrics on an old memory on social media catapulted me back to my early teens when the existential threat of global events seemed like something that just happened in the news and not something that would ever affect me. I tried to reflect on that and the effect that comparing myself to others on social media during lockdown had on me and probably countless others."
The song is out now via frtyfve. Stream it below. 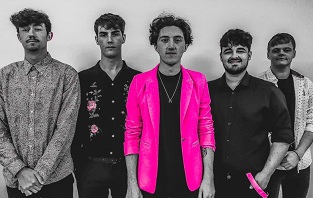 Glasgow-based indie rock/alt band Leaving Bordeaux have dropped their new single "This Time (No Mistakes)".
From the band: "This song means so much to us as it is so personal to us as a band and is the first track we wrote since getting back together after a rough few months during lockdown".

The song is out now, get it here and take a listen below. 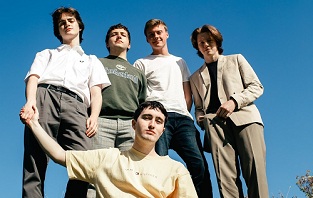 Liverpool post punk band Courting have unveiled the video for their new single "Popshop!".
The song is out now and is taken from their debut EP 'Grand National', which will be available on April 9th 2021 through Nice Swan Records. Pre-order your copy here. 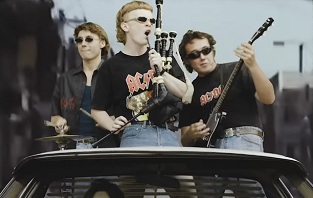 Australian pub-punk/shed-rock band The Chats have shared the video for their new single "ACϟDC CD".

The The 7-inch has "AC/DC CD" on side A and on the B-Side a cover of AC/DC's Rocker. Buy it here.
In a statement, vocalist Eamon Sandwith discussed his long-running love for AC/DC: “When I was 10 years old my dad took me to the Sanity in Logan and I purchased my first CD with my own money, which was ‘Back in Black’ by AC/DC. I was utterly blown away at how hard this band could rock, and I played it in the car every day to and from primary school.
“I still fucken love Acca Dacca so I wrote this song as a tribute to one of the world’s rocking-est bands.”
Take a listen below.