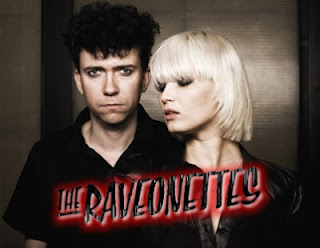 The Raveonettes are set to celebrate their tenth anniversary with the release of new album 'Observator'.

The Danish duo's new album will be released on September 10th through their own label Beat Dies Records and it was recorded at the Sunset Sound Studios with Richard Gottehrer (Blondie, Go-Gos, Richard Hell), who previously worked with them on their 'Pretty In Black' album.

Sune Rose Wagner outlines what the band's intentions were during the recording process.

"When you start to record a new album, people always ask you what you think it will sound like. It's almost impossible to talk about music that doesn’t exist but when we started work on our sixth album late last year, I thought that for once, I had a pretty good idea," he said.

"Put simply, 'Observator' was supposed to be our Los Angeles album. At least, that’s what I imagined it to be in my head. As much as I love New York and feel almost constantly inspired by the noise and confusion here, the allure of the west coast has always loomed large for The Raveonettes. When it came time to start work on this album, the warm Pacific pull had become irresistible."

Continuing, the guitarist emphasised the influence of The Doors over recent album sessions. "The fact that I was listening to The Doors constantly only added to the seductive draw of the drowning sun" he said.

"I wanted to get back to that classic verse-chorus-verse style of song writing that The Doors managed so well on their best singles. It's a very specific and evocative feel that I wanted to achieve, and going out west seemed the best way to capture it."

"It was during these sessions that a new dimension to the Raveonettes began to develop; it's the first time we've ever used the piano and what a glorious, gloomy sound it makes. We knew immediately that it was something we needed to expand on. But make no mistake, Observator is still a gorgeous guitar album."

No tour plans or tracklisting have yet been revealed.
Publicado por KOOL ROCK RADIO en Thursday, June 14, 2012 No comments:

Passion Pit have unveiled their brand new video for 'Take A Walk', directed by David Wilson.

The song is part of our regular rotation and it comes from their forthcoming album 'Gossamer' which is set for release on the 24th July through Columbia Records.
The clip was made in partership with The Creators Project using newly developed helicam technology.