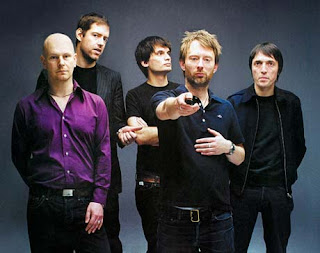 A number of blogs have been targeted by the RIAA and the IFPA after placing Radiohead material on their sites.

Radiohead have a curious relationship with the internet. The band's 2007 album 'In Rainbows' was released as a ground breaking download, with the band deciding fans were able to 'pay what you like'.

The release broke new ground, with Radiohead receiving praise for existing outside the label structure. However in a high profile spat last year Lily Allen attacked the band, claiming that the scheme only worked due to their fame - established by major label EMI.

Radiohead guitarist Ed O'Brien is the head of the FAC, and has previously adopted a pro-file sharing stance. Lily Allen's outburst brought the issue to a head, poking holes in the band's argument.

Now bloggers have been targeted by copyright organisations after placing Radiohead material on the internet. The tracks stem from 'In Rainbows' with the RIAA and IFPI issuing a takedown plea to Google.
The request means that Google would stop listing the sites, effectively blocking them off the internet due to the power of the search engine.

ChillingEffects have managed to get hold of the letter RIAA sent to Google, which demands the takedown of the blogs. The organisation claims that the tracks "have not been authorised" for free download by their "member companies".

Radiohead have yet to comment on the matter. Meanwhile, singer Thom Yorke is preparing to perform at this year's Big Chill. The singer is set to play solo, with recent sets leaning heavily on both Radiohead material and his own album 'The Eraser'. 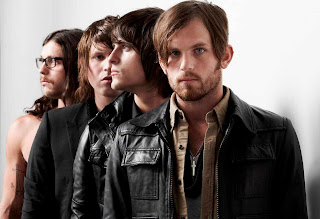 Southern indie giants Kings Of Leon are to release their new album 'Come Around Sundown' on October 18th.

Kings Of Leon are one of the hardest working bands around. Since releasing their fourth album 'Only By The Night' in 2008 the group have toured the world, playing dates on almost every continent.

An enormous success, 'Only By The Night' spent more than a year in the UK Top Forty and spawned several hit singles. Scooping four Grammy awards, the album even won over fans in their homeland becoming their most successful record yet in the United States.

However amid this spectacular success it seems that the band have been plotting their next move.
In a statement released today (August 4th) Kings Of Leon confirmed that they are set to release their fifth album 'Come Around Sundown' on October 18th.

Apparently written during clandestine meetings away from the road, three tracks from the album were showcased in a special show at Hyde Park. Performing in front of countless thousand fans, Kings Of Leon dropped in a handful of new songs. Stoking rumours of their new album, even the wildest of estimates struggled to see a new album dropping before January.

Recorded in New York the sessions were once again helmed by Angelo Petraglia and Jacquire King. Apparently recorded back in February, the lightning quick return comes as Kings Of Leon reach the end of their touring commitments.

The band are set to play the Golden Gate Park in Los Angeles before hitting Britain's twin site V Festival. Due to finish a North American tour at the end of September, Kings Of Leon will then get one month's reprieve before the release of their new album.
Tags: King of Leon
Publicado por KOOL ROCK RADIO en Wednesday, August 04, 2010 No comments:

The Return of SQUEEZE 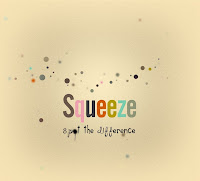 As teenagers on the South London Scene in the 1970s, teenage friends Chris Difford and Glenn Tilbrook formed Squeeze, the pioneering UK band that saw them dubbed ‘The New Lennon and McCartney.” Championed early on by the Velvet Underground’s John Cale, who produced their debut EP, Packet Of Three,” Squeeze established their position as one of Britain’s most beloved bands with 1979’s Cool For Cats, setting off a career that would spawn decades and produce hits in the UK and abroad.

Now, some 35 years later, Squeeze have re-recorded 14 of their classic tracks for Spot the Difference, an album of all their classic hits re-recorded in a way so painstakingly faithful to the originals that they challenge you to spot the difference.

AIRSHIP - BAND OF THE MONTH FOR AUGUST 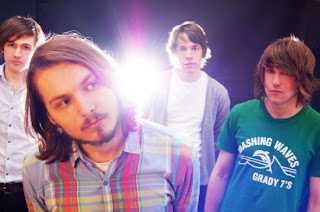 Already August in our calendar and it's AIRSHIP turn.

Airship started in the suburbs of Manchester 2004 with Elliott Williams strumming chords and singing melodies in his bedroom, who was then joined by Tom Dyball on the bass.

With a few line up changes along the way, Marcus James joined the band with the intention of playing keyboards, but went on to become the lead guitarist, then Steven Griffiths came and blessed the trio with his drumming skills to round off the solid 4 piece.

They have a sound that can be compared to the pop melodies of The Cure, 90's Alternative American Indie and good, old fashioned songwriting.