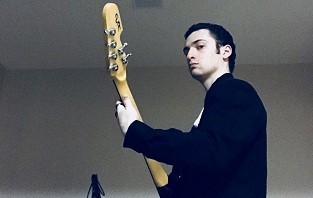 Philadelphia post punk/gothic rock artist Zadar has released his new single "The Upstairs Room".
The song is taken from his upcoming debut album 'The Upstairs Room', out soon. Get copy here.
The artists who influenced Zadar the most would have to be The Sisters Of Mercy, The Cure, Siouxsie and the Banshees, New Order, and Glynn McCann, whose DIY ethic was a big inspiration to him as well. He's been listening to these bands and artists for so long that they’ve become part of who he is. There are also a lot of newer bands that have carried on the Post-Punk and Gothic Rock genres that have had an effect on him as well that are worth mentioning, such as Drab Majesty, Interpol, She Past Away, and early Editors.

On His New Single: "This is the title track to my upcoming album, The Upstairs Room. I chose this as the second single because I felt it was one of the tracks that best represented the overall themes and ideas behind the album. The title has a dual meaning to it. It represents the room where I recorded these songs and it also represents the "room" in your mind. Your thoughts, feelings, desires, regrets, people from the past, etc, and how sometimes you can feel trapped in your own mind. Thanks for listening and I hope you enjoy it."
Stream it below. 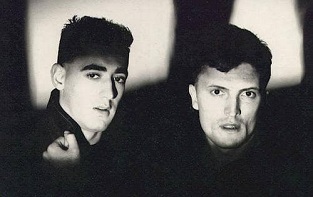 Scottish electronic/techno/progressive house duo Stockholm Syndrome (aka Iain Mac aka Pyz and Australian Brett Wilson) have premiered their new single "Life (On Life's Terms)".
The song is taken from their new EP 'Change Is Constant', out today (October 16) through NEIN Records. Buy your copy here. 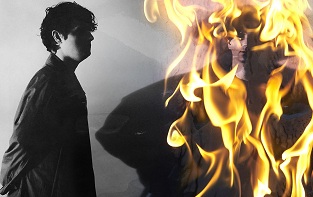 Los Angeles electronic/alt project Peel have shared their new song "Persona".
It is taken from their self-titled debut EP, out today (October 16) via Innovative Leisure, we have previously heard "Citizen X" and "Catch & Release". Buy it here

Peel is the musical partnership of Sean Cimino and Isom Innis (of Foster the People).
Take a listen below. 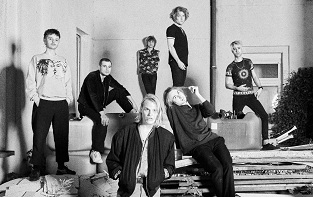 Leipzig krautrock/psych seven-piece Flying Moon In Space have aired the video for their new single "The Observer".
The song is taken from their forthcoming self-titled debut album "a shape-shifting blend of driving Krautrock aesthetics, vivid psychedelic pop and techno-indebted sounds", due for release December 4th through Fuzz Club. Pre-order your copy here.
‘The Observer’ is described by the band as an anthem for the “post-industrial burnouts” of the world. Delivered in the form of reverb-heavy, Krautrock-infused psych-pop, it’s a breezy and exuberant call to break from the humdrum drudgery that modern life entails. They say of the track: “All work and no play is a recipe for disaster. We grow old eight hours a day at a desk and then death comes with a bitter kiss. If you’re lucky enough not to lose your inner kid, all you really wanna do is play now. Before the final act, when all is said and done, time will tell that fun has no age.” 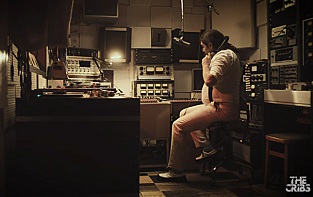 English indie rock band The Cribs have released the video for their new single "Never Thought I’d Feel Again".
The song is taken from their forthcoming eighth studio album 'Night Network', which will be available on November 13th through Sonic Blew/[PIAS]. Pre-order your copy here. 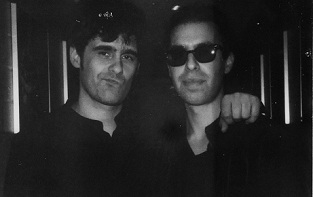 A long-standing crowd-favourite, the track is now set for release for the very first time and is bolstered by the remixing duties of the BRMC guitarist and vocalist, whom The Vacant Lots became close friends with after both bands toured together on several occasions. Blending proto-punk and psych as effortlessly as you’d expect from a Vacant Lots release, the ‘Departure’ remix – due for release October 16th on Fuzz Club – sees throbbing 'Nightclubbing'-esque electronics interlaced with distorted, hard-hitting guitars and vocals that are just as snarling as they are detached.
First conceived when The Vacant Lots were writing their 2014 ‘Departure’ LP but left unreleased and having now evolved over the years since, the song became a staple of the band’s visceral live performances and is now set for a long-overdue vinyl release in the form of a 7” with an etched B-side that’s limited to 500 copies.
Talking about the ‘Departure’ remix – mastered by Maurizio Baggio (Boy Harsher, The Soft Moon, Merchandise) and housed in stark, minimalistic artwork by longtime visual collaborator Ivan Liechti – The Vacant Lots’ Jared Artaud, says: “In order to translate our recorded songs into our live set we continually have to reinterpret our music and transform them, since there are only two of us. However, with this remix, Robert has done the reverse and brought the live spirit of this song back into the recorded one. It's something only he can do. He added some sounds that truly make it more dynamic and powerful. It's an honor to collaborate with someone from one of my favorite bands of all time.” 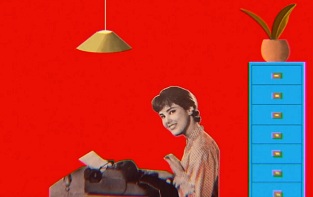 London based electro/indie rock/dance band Artificial Pleasure have unleashed the video for  their newest single "The Movement Of Sound".
The song is part of our current playlist and is taken from their upcoming new album 'A New Joy', set to be released on October 30. Pre-order your copy here.
Speaking about it, the band said: "This track is about the energy of music and the feeling of community that it nurtures. Like many people, we miss the cathartic power that music can bring to a crowd. We miss you, hell we even miss each other! Can't wait to dance with you in brighter times."
The video was directed by Jamie She from WOOZE. Watch it below. 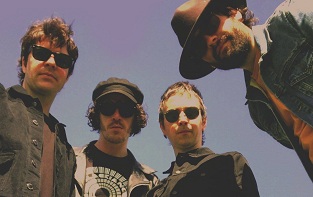 The song, mixed by Mark Gardener of RIDE, is out now and is the first taste of their debut album due next year. Get it here.