Watch: Hatchie Unveils Music Video For "Her Own Heart" 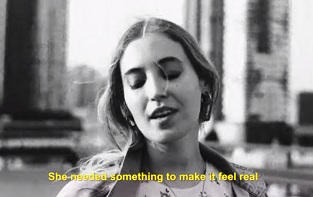 Australian dream pop/shoegaze artist Harriette Pilbeam aka Hatchie has unveiled the video for her latest single "Her Own Heart".

The song is part of our current playlist and is taken from her debut full-length album 'Keepsake', which came ou back in June via Double Double Whammy. Buy your copy here.

The video was directed by Joe Agius. Watch it below. 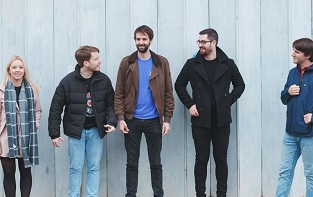 The song was produced by Girl Band bassist Daniel Fox, keeping him on to record ‘Sirens', we hear the creative spark well intact, with plenty to latch on to. The lushly recorded propulsive rhythm section prompts a visceral response from the three guitarists who weave fuzz-laden riffs, tonally warped solos, and spindly post-punk riffs into the phenomenal mix.

Of the lyrics, O'Kelly says: "In ‘Sirens’, the narrator misses riots and important protests taking place in his city because he’s too preoccupied with writing the perfect soundtrack for what is happening. He’s equally distracted by his relationship issues, tennis, and his obsession with his favourite band."

The track is out now via Nice Swan Records, with the limited edition AA 7" out on 31st January 2020. Stream it below. 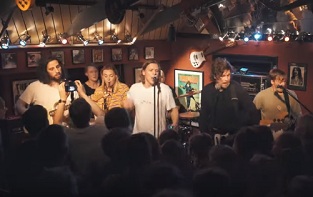 Norwegian pop-punk band The Modern Times have aired the video for their latest single "Stuck at Work".

A musician once said: ”It’s such a fine line between stupid and clever.” That line is definitely blurred in the case of The Modern Times. The songs purvey adolescent ignorance or poignant satire, or maybe both – it probably depends on the listener. This hybrid of jangly and jagged post punk, snotty punk rock and garage-infused power pop hardly sounds like anything out there these days. This is also much to the credit of singer Magnus Vold Jensen’s unique and incisive delivery.

The song is taken from their sophomore album 'Algorhythmic Dance Music',  released in August via Black Pop Records. Buy it here.

The record sounds like confused Gang of Four-members arguing with Parquet Courts while The Hives beats them both to the bar. Or something like that. 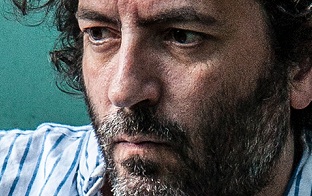 The song is taken from his forthcoming album 'Have We Met', sert to arrive January 31st, 2020 via Merge. Pre-order your copy here. 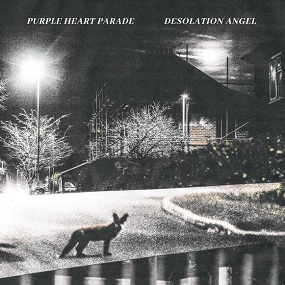 The follow up to last year's lauded Lonestar EP, will be out on January 10th through Club AC30, and "takes the bands expansive and textured sound to new heights."

It opens with lead single ‘Petrichor’ with its deftly dreamlike delivery that showcases the bands distance from previous influences and confidence in their own sound. Waves of engulfing, storm-like guitars crash across this entire EP but there are moments of extreme clarity within tracks like ‘Petrichor’ and ‘Red Rose County’, utilizing the full force of their loud/quiet shoegaze dynamics. Elsewhere tracks like ‘Starwheel’ and title track ‘Desolation Angel’ harness more of the infectious harmonies and chorus hooks that put them alongside some of their own cities finest.

Once again the band recorded at Perry Vale Studios with Pat Collier (The Jesus and Mary Chain, X-Ray Spex). Moving on from their last record which was largely emotional and cathartic, ‘Desolation Angel’ is optimistic, romantic and mature. “Life's a roller-coaster through the heavens. You'll hit some soul destroying lows, but just up the track you know you're going to hit some heavenly highs. The EP is also about being true to yourself, standing up for your beliefs, doing your own thing, even though it's not considered cool. It's also about freeing yourself from negative situations in all aspects of life and cleansing yourself of them.

Pre-order the EP here, check out the tracklist and listen to new single "Petrichor, below.

Watch: Cult With No Name Drop "All This Spite (Comes at a Price) New Video 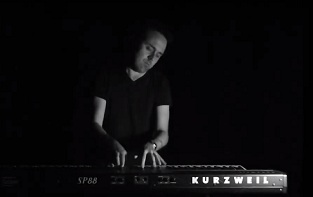 London post-punk/electronic duo Cult With No Name (aka Erik Stein and Jon Boux) have dropped the video for their latest single "All This Spite (Comes at a Price)" ft. Kelli Ali (Sneaker Pimps)".

The song is taken from their recent album 'Mediaburn', released last month (October 11th). Get your copy here.

The video was directed by Peggah Khashian and edited by Jon Boux. Watch it below. 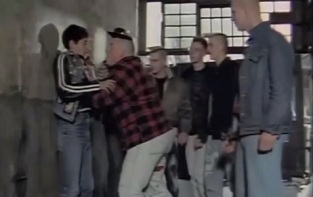 The 7" split-single will be available soon on Polytechnic Youth.

The video features original footage from 'VERLIERER', directed by Bernd Schadewald (1987). Watch below.