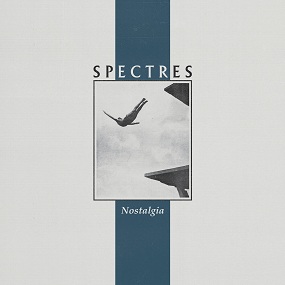 Vancouver, BC post punk/coldwave/goth band SPECTRES have announced the release of their new album 'Nostalgia'.

The album, produced by ACTORS’ Jason Corbett at Jacknife Sound, will be released on March 13th via Toronto-based Artoffact Records. Pre-order your copy here.

Formed by vocalist and founder Brian Gustavson, SPECTRES is a DIY death-rock outfit that mixes post-punk, the ethic of anarcho-punk, and an incredible knack for writing catchy songs. The band released three independent albums (all reissued by Artoffact Records in 2019) and are ready to stun audiences with their 2020 release Nostalgia.

Emerging from the DIY Punk underground, SPECTRES wanted to blend the grassroots and independent ethic of anarcho-punk with the anomie and cold, modulated sounds of 1980’s post-punk and death-rock genres.

Though the band’s output has matured with time to embrace a wider range of new-wave and shoegaze influences, their ethos remains rooted in DIY punk. The blending of these influences allows for the curious juxtaposition of 80’s influenced pop sensibilities with lyrics that explore the alienation and cynicism of modern life. On the new album, Nostalgia, these influences are carried even further to create a wonderfully crafted suite of songs that evoke the primal sounds of Beastmilk with the melody of Soft Kill.

Check out the album's tracklist and listen to their new single "The Head and the Heart" below. 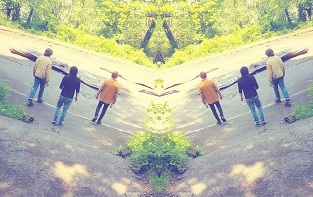 The song is out today (Jan 31). Buy it here and take a listen below.

Listen: Morrissey Releases New Single "Love Is On Its Way Out" 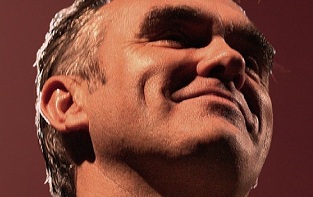 Morrissey has released his new single "Love Is On Its Way Out".

The song is taken from his upcoming album 'I Am Not A Dog on a Chain', set to arrive on March 20th. Pre-order your copy here.

Email ThisBlogThis!Share to TwitterShare to FacebookShare to Pinterest
Etiquetas: I Am Not A Dog on a Chain, Love Is On Its Way Out, Morrissey 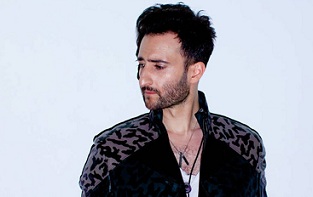 The song is taken from the forthcoming EP 'Love Songs With a Kick Vol. One', set to be released on February 14th via Her Majesty's Ship. Pre-order your copy here. 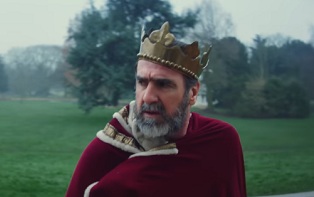 The song is taken from his 'Acoustic Sessions' EP, out today (Jan 31). Get your copy here.

The original version of the song features on his sophomore album 'Why Me? Why Not', released in September last year.

"I’m absolutely thrilled to have Eric Cantona, the last rock ‘n’ roll footballer, star in my video for Once,” said Liam. “Songs like this don’t come around very often and neither do football players like him.".

Email ThisBlogThis!Share to TwitterShare to FacebookShare to Pinterest
Etiquetas: Eric Cantona, Liam Gallagher, new video, Once, Rock And Roll, Why Me? Why Not

The Psychedelic Furs Return With New LP 'Made of Rain', Stream "Don't Believe" 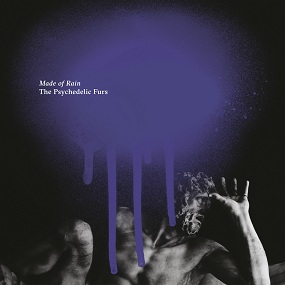 New Wave legends The Psychedelic Furs  have announced the release of their brand new album 'Made of Rain', their first in 29 years.

The 12-track record, produced by Richard Fortus (who played in Richard and Tim’s popular ’90s alt-rock band Love Spit Love) and mixed by Tim Palmer (U2, The Cure, Robert Plant), will be out on May 1 via Cooking Vinyl and and is their first record since 1991’s World Outside, their last before the band went on hiatus until 2001. Pre-order your copy here.

The band also dropped the album’s lead single, “Don’t Believe," which you can listen below the record's tracklist.

Made of Rain Tracklist:

DMA'S Announce New LP 'The Glow', Stream "Life Is A Game Of Changing" 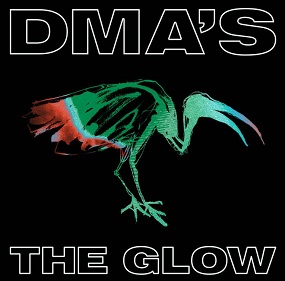 The follow-up to 2018's For Now, was recorded last year between sessions held in West Hollywood and London with Grammy-winning producer Stuart Price (The Killers, New Order, Madonna), and will be release on April 24 via I Oh You Records. Pre-order your copy here.

According to the press release, The Glow’ finds DMA’S fulfilling their world class potential with a collection of songs that are destined for arenas. From their emotive heart to their towering, anthemic hooks, the core traits that have earned the band a growing global following are all in place. But with the help of Price DMA’S have elevated both sides of their sonic spectrum to new heights.

The band have also aired their new single and its accompanying video 'Life Is A Game Of Changing', "an anthemic and euphoric mix of electronica, melodic guitars, pounding drums and O’Dell’s melancholic vocals".

It’s a mission statement that the trio immediately encapsulate within the opening two tracks. A swaggering mash-up of Screamadelica-era attitude, big beat dynamics and modern alt-pop flair, ‘Never Before’ immediately sets the tone. The title track then keeps that energy firing, a rapid-rush of melodic energy, joyous optimism and a new-found confidence in Tommy O’Dell’s vocals. As suggested by the recent single ‘Silver’, DMA’S are expanding the scale of their sound. ‘Criminals’ introduces the biggest contrast on the record, its punchy, groove-focused hook taking flight from its restrained verses. The Lennon-esque intro to ‘Learning Alive’ soon turns itself into something unexpected, pulling on the heart-strings and scaling up the drama with a stirring string section. And yet DMA’S save the biggest surprise for last. ‘Cobracaine’ is a celebration of everything the band can be. It’s a maximalist melting pot of sounds: an escalating wall of guitars - the foundation for a tense, almost trancelike beat with vocals filtered through harmonies and vocoders. And as it hurtles to its mesmerising conclusion, one thing is certain: this is the most fully realised of the band’s three albums to date.

Check out the album's tracklist and watch the video for "Life Is A Game Of Changing" (directed by Bill Bleakley), below.