Palma Violets have shared the video for their new single "We Found Love", taken from their debut album '180' out now via Rough Trade Records. The song is part of our current playlist www.koolrockradio.com.

As well as their video for "Step Up For The Cool Cats", this one was also directed by Douglas Hart, who's previously directed videos for the likes of The Horrors, The Libertines, The Stone Roses and Primal Scream.

Mixed by Adrian Bushby (The Rapture, Two Door Cinema Club),  'Entropic / Nothiing Ever Changes' is set to be release on June 3 for download and on 7" and will be available for pre-order soon. We'll keep you updated.

The video was filmed by Fauveboy in association with Xuuki. Watch it below. 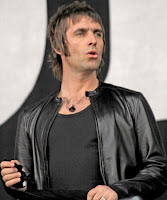 Liam Gallagher has unveiled details of Beady Eye brand new album, which will be titled 'Be', and is due to be out on 10 June.

Recorded in London with super-producer Dave Sitek (Yeah Yeah Yeah's,TV on the Radio) 'Be' sees the band experiment with cassette tapes, samplers, and iPhone apps.


In a recent interview, Liam Gallagher said "Working with Sitek just opened something up in us. He's without a doubt the best producer I’ve ever worked with, a real outlaw - he doesn't give a fuck, no rules. We had a new found focus when we were writing it - we really got our heads down and got our shit together - clear heads, none of that crap from the '90s. It feels like a really special record for us."

"It’s a trippy record!" Dave Sitek adds. "The strength of the tracks is so high that we got to really play around! It’s rock band instrumentation, but used in a different way. Liam’s vocals are incredible, all you have to do is turn on a microphone and you’re like, ‘That sounds like a record!’ You don’t have to do anything to them."

"Flick of The Finger", the first track from the album, was revealed over the weekend. Listen below.

Just a few hours ago, Liam Gallagher began posting the 'Be' album tracklisting on Twitter. See below:

Coachella 2013 has finally released the set times for the first of its two weekend-spanning event, kicking off April 12-14 and continuing April 19-21 in Indio, California.

Check out the full day by day breakdown below. 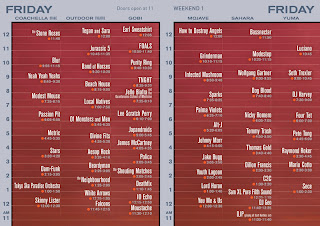 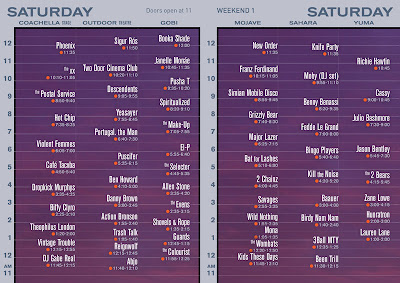 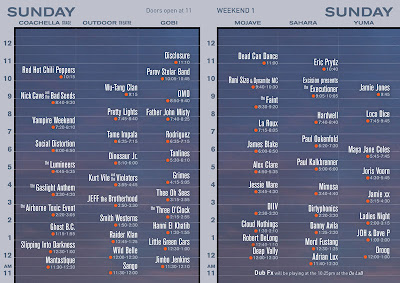