PANAMA - Band on the Month December 2012 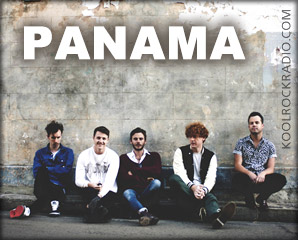 A classically trained pianist from the age of six, songwriter and frontman, Jarrah McCleary grew up in the sticky heat of the Northern Territory. His previous project, The Dirty Secrets saw the band working between Australia and London with iconic producer and engineer, Nick Terry (Klaxons, Libertines).

Panama is the new incarnation for McCleary, who is joined by his old band mate, Cam Edwards and a collective of hand-selected local artists to create Australia’s finest five-piece. Steeped in splashes of yacht rock, Hopeful house music and an avid appreciation fro the '80s, Panama make music that is as brimming with a quiet, golden nostalgia as it is bright and anthemic in its delivery.

Panama's debut single 'Magic' premiered in early 2012 on Filter Magazine. It received significant airplay across their natal Australia and also in many countries around the world, including Kool Rock Radio.

Recorded in Los Angeles with super producer, Eric Broucek of DFA Records fame (Holy Ghost, LCD Soundsystem), Panama's latest EP "I'ts Not Over" continues to prove that the success of this Sydney quintet has only just begun. The EP also sees the band enlist some high hat help from Jim Orso on drums (Holy Ghost!, Hot chip) adding a layer to the sound that is as relevant and 'now' as it is brimful of '80s influence.

Released via iconic indie dance record label, Future Classic, "I'ts Not Over" is the dark horse of content-heavy dance-pop world. channelling the likes of Peter Gabriel with nods to companions Cut Copy and Van She, this six-track EP is a 2012 staple for any discerning listener.

"It's Not over" is out now and you can order your copy on iTunes.

Album of the Week 03/12: Born Blonde "What The Desert Taught You" 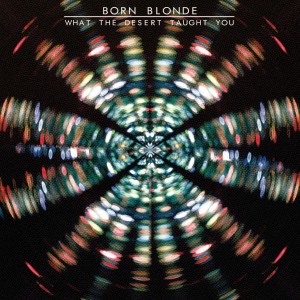 West London based outfit Born Blonde formed in 2009 when lead singer Arthur Delaney enlisted Fraser and George as musicians for a solo folk music project. Schoolmates Josh and Tom were next to join, and so the band was born.

They released their critically acclaimed 'Solar' and 'Radio Bliss' singles in 2011 and early early this year, they surprised us again with the track 'I Just Wanna Be' which features the bands trademark sub bass organ pedals, taking in their rich influences of 60s psychedelia, late 80s and early 90s shoegaze, channelled through a progressive 21st century outlook.

Recorded with Simon ‘Barny’ Barnicott (Arctic Monkeys, Kasabian), the band's debut album "What The Desert Taught You" imparts a sublime sense of disorientation; a sense that you don't want to recover from, but at the same time you want to recover from it so you can get on with the serious business of getting lost again.


About the album titled, Delaney said in an interview: "We decided on that because we felt it was a summary of everything we had gone through to finish the album. We got obsessed with the idea that we had left our road, gone in search of these songs and found ourselves coming round in a place of no feeling, a bit warped and void of all of the emotions and ways of being that you could normally associate with happiness. It took us quite a while to get back from that wilderness, and this collection of songs are about the journey out there and the attempt to get back; I think were one of those bands that are always up for really pushing ourselves in search of discovery, but this seems to always have a fall out or a price you have to pay for that"

"A lot of songs are about trying to cross the void between what your aspirations are and what your reality is. We all go through these periods in our lives when we're in crisis or can't seem to find the answers we are looking for from the world. Sometimes we have to spend some time away from what is real or true while we wait for those answers to come and to us: that is the 'desert'."


Born Blonde debut album 'What The Desert Taught You' is OUT NOW. You can purchase your copy here: iTunes, CD, Bandcamp (CD & Download).