Like all their music over the last 30 years, the new Tom Tom Club's EP is still new wave with light and funky tunes that get your body moving, breezy, danceable and fun. The album was mixed by Ed Stasium, who also recorded and mixed Talking Heads '77 and umpteen Ramones classics.

Asked about the length of time between albums, Frantz said: "Well, yes, I did, but then I realized that we're not the kind of band that churns things out, or as quickly as we used to. We're a little circumspect now, more particular. And also, being grown-up adults, we've got a lot more responsibilities than we used to have."


We have 2 tracks from the EP in our regular rotation: 'Downtown Rockers' and 'You Make Me Rock and Roll'.

'Downtown Rockers' is released on Nacional Records today (September 11). Watch the artwork below. 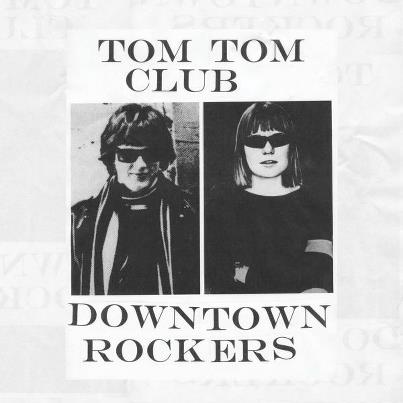 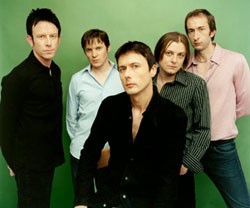 Suede frontman Brett Anderson has confirmed that the band are back in the studio recording a new album.

"We've been working on the new Suede album, which has been really exciting," Brett Anderson said. "We've been writing for the last year, and recording on and off. We recording one session in May, and we've got another at Sarm studuios for a few weeks this month. It's where they did a load of 80s pop things, like Frankie Goes To Hollywood, Seal, stuff like that. It's Trevor Horn's studio. Is he producing it? Yeah right, though we actually had a meeting with him in the 90s, Saul from Nude wanted him to produce Head Music. But no, Ed Buller is producing it."

Asked about how has the recording been going, Brett said: "I've been loving it. Any album is brutally hard, and this one has been pretty hard. The first couple of months were us trying to get on the same wavelength, is this working, trying to develop the sound we wanted. A lot of the writing process for me is throwing stuff away, because you're finding out what you want to do. There was a lot of that, and we discarded quite a few songs. Early this year we started hitting on the sort of songs that we were aiming to write, and it's sounding really good now."

Continuing, Brett Anderson revealed that the album "sounds like Suede" although not "the last two albums". "It sounds like a cross between bits of 'Dog Man Star' and bits of 'Coming Up'. It's not as light as 'Coming Up', not la la la hooky, though there's pop moments" he said.

"Ed Buller is a real fan of pop music that really connects, the (Marc) Bolan sound, so it's edging in the big pop chorus direction. It feels like it's going to be good."
Publicado por KOOL ROCK RADIO en Tuesday, September 11, 2012 No comments: