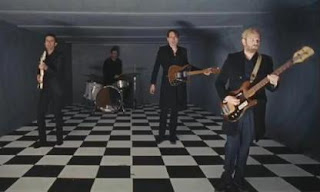 The song is part of our current playlist. Previously we already got the video for the album's first single "Right Action".

The video was directed by Tim Saccenti. Watch it below. 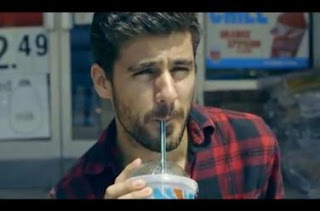 About the song, frontman Andrew Marr said: "I guess for me the song is about feeling trapped and feeling like a total victim of circumstance. Whether it's in a relationship, or in a city, or a job. Just like, 'I’m dying, get me the fuck out of this place, it's not my fault I’m here.'"

The video was directed by Tucker Bliss and Beau Burrows. Watch it below. 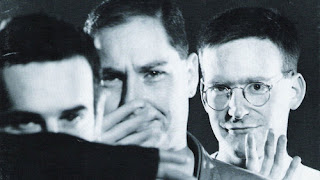 3 Loop Music have shared a sneaky snippet of the new Kitchens Of Distinction upcoming album, set for September release. The 10 track new album, will be KOD's first release since 1994's Cowboys and Aliens.

The 30-second video entitled "Oak Tree" was posted on the label's Facebook, of which Fitzgerald noted:

"The instrumental version of the opening track. Don’t let the gentle start fool you." 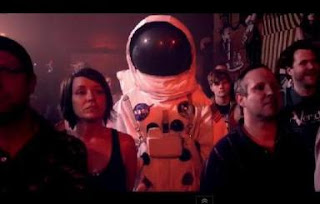 North Carolina singer-songwriter Stuart McLamb's indie-pop band The Love Language have revealed the video for "Calm Down", the opening track on their just released third full-lenght 'Ruby Red', out via Merge.

The video was directed by Jonny Gillette and features an astronaut having a terrible day, and after a string of bad luck, he has a galactic freak out.

Last month, a leak of ten previously unreleased songs on Soundcloud led to speculation that a new Prefab Sprout album was being recorded and now the news has been confirmed by prefabsprout.net.

The album is their first since the 2009 release of Let’s Change the World With Music, a collection that actually had been mostly recorded in the early ’90s as an aborted follow-up to Jordan: The Comeback. 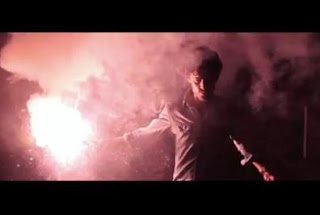 Aussie pair Holy Holy (aka singer/songwriter Timothy Carroll from Brisbane and guitarist/producer Oscar Dawson from Melbourne), have shared the video for their awesome debut single "Impossible Like You".

The song is part of our current playlist www.koolrockradio.com. Featuring cascading glassy guitar lines and wandering analogue synth parts the track is driven by a syncopated drum line with a wild wash of shuffling cymbals.

"Impossible Like You" will be included on their upcoming debut full-lenght 'When the Storms Would Come', which was crafted and demoed when the pair were staying in Berlin in 2011, however it was finally recorded and produced back on Australian soil with reclusive producer and collaborator Matt Redlich.

The video was directed by Anthony Salsone. Watch it below.

Watch: PINS Unveil New Video For "Get With Me" 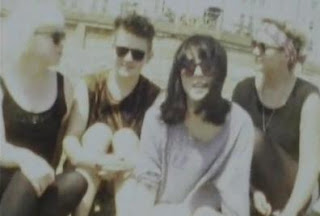 Manchester four-piece PINS have unveiled the video for their latest single "Get With Me", taken from their upcoming debut album 'Girls Like Us', out on September 30th via Bella Union. The song is part of our current playlist www.koolrockradio.com.

The video was shot on Super 8 film in Brighton, UK by guitarist Lois MacDonald, who explains: "As a song, 'Get With Me' bears resemblance to the Dum Dum Girls: It's a driving hip-shaker that blends post-punk's sharp angles with surf rock's loose harmonies. As a video, 'Get With Me' catches PINS 'having a great time doing what we love, which evidently includes dancing on a beach in the English sun. It's infectious.'

"We are a little captivated with analog equipment, we love the rawness and tangibility of doing things this way." MacDonald adds.