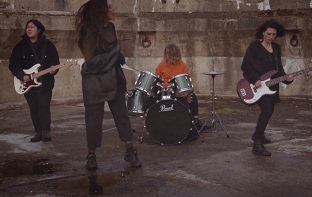 The song is taken from their EP 'The Coldest Fire', released last month (June 28) via Everything Sucks Music. Buy it here.

The  video was directed by Louise Tse and Jojo Khor. Watch below. 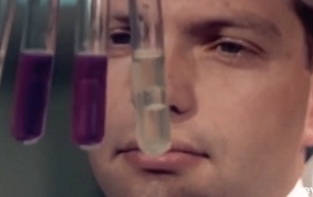 Sunderland post-punk band The Futureheads have premiered the video for their new single "Listen, Little Man!".

The second single to be taken from the forthcoming self-produce album 'Power' out on August 30th. Pre-order your copy here.

Speaking about the video, the band said: “It has a perfect balance between lightheartedness and menace, which marries very well with the concept of the song. Playing with the micro and the macro and highlighting the insanity that the human race is sometimes gripped by!”. 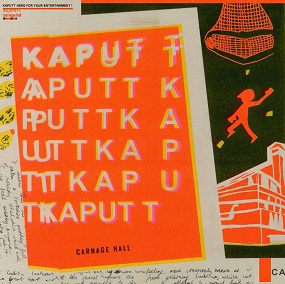 The 13-track album, was recorded and mixed by Luigi Pasquini in Anchor Lane Studios in Glasgow in spring 2019, and will be out on September 27th via Upset The Rhythm. Pre-order your copy here.

The songs on ‘Carnage Hall’, were all written in Glasgow between 2016-2018. Following on from the independence referendum and the subsequent Brexit vote these songs couldn’t help but be influenced by the maelstrom of political hypocrisy and confusion in the air. Other themes prevalent on this energetic corkscrew of an album include the offbeat happenchance of life in 2019, notions of surveillance, identity (personal as well as the biscuit-tin styled persona of the Scottish Highlands), industrialisation and family. There’s a lot of room left for things to turn quietly surreal too. Title track ‘Carnage Hall’ is about an alternative dimension in which Judy Garland’s famous Carnegie Hall show, (one of the group’s favourite albums), was a total bust rather than the roaring success it proved to be. In deciding to call the record ‘Carnage Hall’ the band wanted to reflect on this “deeply uncertain and deeply unstable, odd political time… maybe we are all in an alternative dimension, all living in the Carnage Hall at this moment” alludes band member Cal Donnelly.

Check out the album's tracklist and watch the video for their brand new single "Very Satisfied", below. 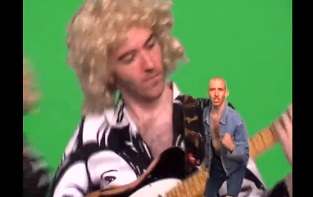 The song is part of our current playlist and is taken from his upcoming debut album 'first timer', set to be released on 11th October. Grab it here 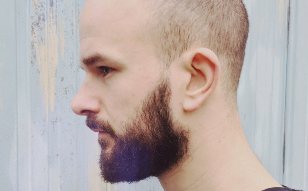 London based singer/songwriter Charles Cave (White Lies bassist and songwriter) has unveiled his new single "Getting the Band Back Together".

The song will be out on July 31st. Grab it here and stream it below.

Email ThisBlogThis!Share to TwitterShare to FacebookShare to Pinterest
Etiquetas: Charles Cave, Getting the Band Back Together, indie pop, New Wave, White Lies 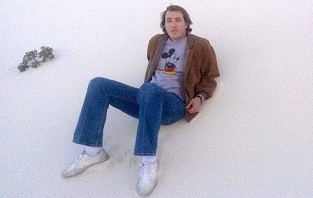 L.A pop rock/new wave musician Part Time has premiered the video for "Lies In the Eyes of Love".

The song is out now via Sugarcane Recordings. Grab it here. and stream it below.

Watch: POND Drop Music Video For "The Boys Are Killing Me" 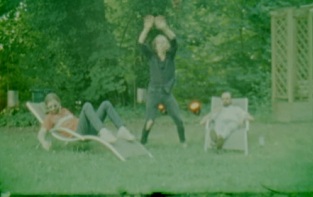 Australian psychedelic-pop/rock band POND have dropped the video for "The Boys Are Killing Me".

The song is part of our current playlist and is taken from their latest album 'Tasmania', which came out in March this year. Grab your copy here.

The video was filmed by Jay Watson and Pond (outro filmed by Julien Barbagallo). Watch below. 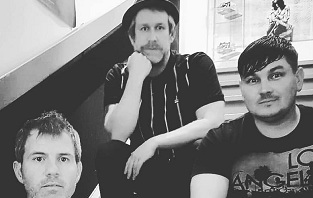 The song is taken from their upcoming sophomore album 'Caught In A Wave', which will be out next month.