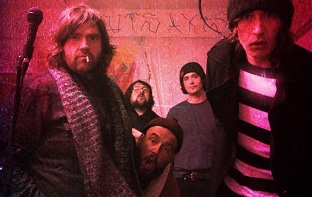 The song is taken from their upcoming new EP 'Lonestar', set to Arrive on September 7 via Club AC30. Pre-order your copy here.

‘Lonestar EP’ is a sonic delight that revels in all things psychedelic, from 60s garage to 90s shoegaze, and recalls the likes of Spiritualized, Black Angels and Stone Roses. Reverb laden guitars are used to create an engulfing sea of feedback that washes over smooth melodies and slacker beats, while intense vocals are soaked in dreamlike effects that soar over effortless instrumentation.

Stream "The Room" below. 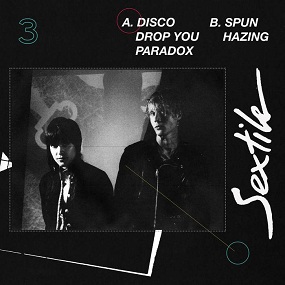 The EP follows up their 2017 album 'Albeit Living', it was recorded in Los Angeles at their home and practice space using a KORG MS-10, a sequencer, a Fender Stratocaster, a LinnDrum, and various percussion instruments. It will be out on September 14 through Felte Records. Pre-order your copy here.

After numerous lineup changes, the now two-piece comprised of Brady Keehn and Melissa Scaduto have shifted toward a minimalist approach that’s as heavy hitting as ever. Now favoring synths over guitars, they haven't thrown out the strings completely.

Finding inspiration in futurist writer Luigi Russolo's "The Art of Noises," the pair employs a sonic palette that mirrors the chaos of the modern industrial era. Sextile excels at regulating noise, whether the source is a percussive clang, guitar stab, synth trill, or Keehn's militant vocals. Throughout '3,' bursts of abrupt discord punctuate thumping rhythms and hypnotic bass sequences. While the appropriately titled "Disco" is a club-worthy opener, "Spun" delivers the signature Sextile sound with rowdy, squealing guitars.

'3' places the band's sound somewhere between DAF and Gang of Four, but it's that tinge of futurism and the observations of the current political climate that steer them right to the present. It's the explosive sound of now – it's punk that can hold down a dance floor.

Check out the EP's tracklist and watch the video for their addictive new single "Paradox", below. 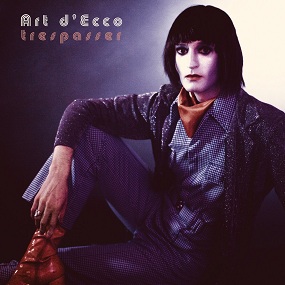 The record will be out in October 12th through Paper Bag Records. Pre-order your copy here.

The Gulf Islands of the Pacific Northwest are an enigma. The islands jut up through the brisk waters of the Pacific Ocean, and just as the likes of Vancouver and Seattle exist at the intersection of opulences both natural and manmade, the islands host multitudes in their lush, hushed red cedar and Doug Fir skyscrapers. Art d'Ecco is one such multitude: an unapologetic, inclusive rock and roll mystic in a wig and lipstick.

When d'Ecco moved into his grandmother's cottage on one of the islands, he hadn't planned on creating a new project. But, as it often does, circumstance charted his course. His grandmother, living with Alzheimer's, suffered a related phenomenon called 'sundowning,' which triggers increased agitation and anxiety around sunset. "The only way to calm this lady down was to sit down at the piano," says d'Ecco. He would play "Bohemian Rhapsody," passing it off as Beethoven. After she was relocated, d'Ecco remained in the empty house where he had played as a child. Draped in memory, he gravitated toward the piano, spending the long, lonesome, quiet nights on the bench before the instrument. This is where Art d'Ecco was created.

The record, is a product of those islands, where he wrote and prepared the album in a cottage. It was in these woods, shrouded in fog rolling off the ocean and surrounded by deer, rabbits, and a reclusive neighbour, that Art d’Ecco found not just the clarity of stillness, but the loneliness and isolation of it. These he has distilled into a record of mystery, fluidity, and neon glam-rock stomp.

Check out the tracklist and the video for the new single "Never Tell" below.

“We wanted to make it look old school and to do that we played around with different filters and vintage lenses,” says cinematographer Wai Sun Cheng of the new video. “The colour theme was mostly chosen based on 80s poster art. d’Ecco brought a bunch of vintage instruments he used on the recording to the shoot and that really adds to the overall look of the video.” 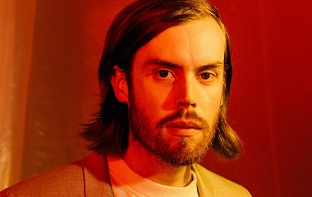 This is the third single taken from his forthcoming new album 'Indigo', set for release August 31 via Captured Tracks. Pre-order your copy here. 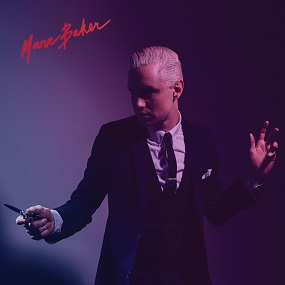 The four-track EP was produced by Miami Horror frontman Ben Plant, and features his 2017's excellent debut single "No Place I'd Rather Be", and his recent  song "Common People".

During the past nine years, Baker has collaborated and performed alongside some of the industry’s biggest names, including the likes of The Big Pink, Miami Horror and Big Black Delta. Having performed to thousand’s of people across the US, Marc has built a loyal fan base that is now yielding for more new music.

Marc Baker says: “I had spent a long time trying to communicate my vision and emotions but never could get it across the right way, Ben happened to come to some of the early punk shows and could see that and knew he could help me. We spent a long time talking about the kind of music we wanted to make even before we got into a studio together. So when time came it felt very natural to us. I’m not standing here today without Ben. I owe him a great deal for taking a chance on a punk kid.”

Pre-order your copy here, and listen a snippet of a new song below.