Blancmange have announce they will return to the stage this November to perform the whole of their debut album 'Happy Families' (1982) live for the first time, with the songs which won popular acclaim three decades ago given a 21st century spin.

Specially re-recorded by Blancmange – and rechristened Happy Families, Too… – the new recording will be on sale exclusively at tour venues.

Co-produced by Neil Arthur and Stephen Luscombe, Neil refers to the new versions as an "interpretation". "I just wanted to approach the songs using today's technology," he says. "Every time we perform it's a different interpretation. So rather than just dust off the old songs, I wanted to bring something fresh to the project and make it a contemporary reworking rather than an exact imitation."

Continuing health issues mean Stephen is unable to join Neil on the tour. However, he will be joined by guitarist David Rhodes, who performed on the original album, and sound engineer Adam Fuest, who will manipulate the live mix from the stage. "The intention is to do something a bit like Roxy Music did with Brian Eno processing sounds live during a performance," says Neil. "It might be less predictable, but I like the chance element – the feeling I'm moving forward creatively."

The tour begins on 3 November in Clitheroe, Lancashire, finishing in London and Cardiff on 15th & 16th. 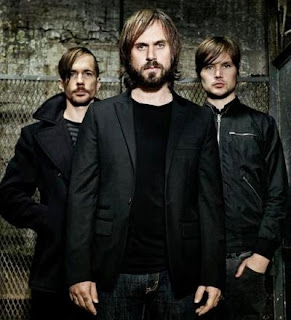 Karloff, who parted ways with Kasabian in 2006, relocated to New York City and has joined forces with local musician Nick Forde on the new adventure which also features a number of guest vocalists like Liela Moss of The Duke Spirit, Morgan Kibby of M83, Ben Gautrey of the Cooper Temple Clause and Steven Young of The Black Marquee.

Black Onassis will release their debut album 'Desensitized' on September 23 through Minus Man Records.

Reflecting the sound of his new project, Karloff said: "Electronic music to me is surprisingly soulful, there is a warmth that comes from the simplicity of sounds, something inconspicuously expressive and emotional. Growing up it was everywhere. Artists like Vangelis, Kraftwerk, The Prodigy and Tangerine Dream were massive influences on the songs I wrote with Kasabian, and even more so now. But rock music has always played a massive role as well, and I’m inspired by artists like Jimi Hendrix, Primal Scream and Nirvana. I try to fuse these two worlds to create the kind of music I want to listen to."

"Working with multiple singers makes writing every track a unique experience, a new musical adventure. A voice can change the whole dynamic of a song, and it’s really freeing and feels limitless to write without being constrained by the vocal abilities or stylings of one person." He added.

The band have also revealed their first single titled "Brain" (featuring Ben Gautrey), which is now part of our current playlist www.koolrockradio.com.

Watch: Kid Astray Reveal "The Best Of Us" Music Video

Oslo indie-pop band Kid Astray have revealed the video for their new single "The Best Of Us", taken from their debut EP 'Easily Led Astray', out now Mom+Pop Records. The song is part of our current playlist www.koolrockradio.com.

The video was directed by Torjus Berglid. Watch it below.