Watch: Astari Nite Reveal Music Video For "Until the End of the Moon" 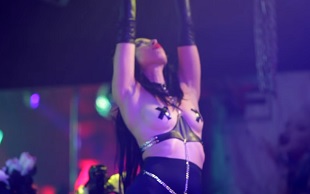 Miami post punk/dark wave band Astari Nite have revealed the video for their latest single "Until the End of the Moon".

The song is part of our current playlist and is taken from their sophomore album ‘Until the End of the Moon,’ released back in May. The band already completed its follow-up EP, scheduled for a February or March release, and has began working on another full-length album, expected to be released in December 2017.

The video was directed by Gustavo Tonelli. Watch it below.