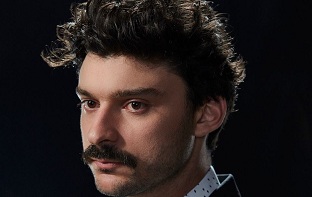 The song features on the Logical Records release 'LR072 - Meteors', set to arrive this Tuesday (November 26). Buy it here. 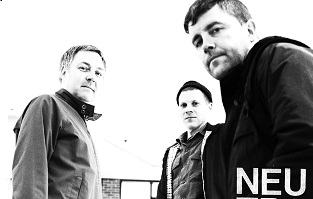 San Francisco Bay Area punk/post punk band Neutrals have aired for their new single "In The Future".
The band channels a wide range of '70s and '80s punk, post-punk, and indie-pop influences.
"Personal Computing" and the b-side "In The Future" were recorded just before the COVID-19 lockdown began and share a bittersweet nostalgia for an imagined rose-tinted future that never was.
The mood of thwarted utopian dreams feels all too appropriate right now and the tense, angular songs on this single are an ideal soundtrack for this unsettled moment. it will be out on December 4th through Slumberland Records. Get it here.
Stream it below.
Publicado por KOOL ROCK RADIO en Monday, November 23, 2020 No comments: 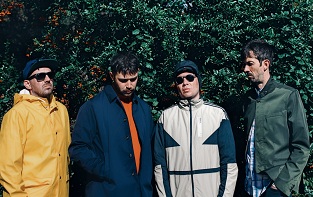 Manchester indie quartet Ventrelles have released the video for their new single "County Lines".
Headed by Phil Knox, the band fuses the styles of 80’s guitar groups such as Pale Fountains and Echo and the Bunnymen and sometimes darker tinged edges of The Chameleons and The Jesus and Mary Chain with a punchy delivery, sun soaked guitars, energetic rhythms, life affirming vocals and soulful bass lines.
Beginning as the pet project of songwriter Phil on his return home from living in Chicago, the initial experimental kick about project line up included Joe Kondras ( The Heartbreaks),  Christopher Deakin ( The Heartbreaks, By The Sea), Ben Parsons (Cherry Ghost/Miles Kane) Jason Goodwin (The Delaplains) and George Moran (Miles Kane/Mabel Love/ Last Shadow Puppets)
"I wanted to see what I could do with all the bits I’d accrued over the last few years whilst living abroad and just to have a laugh with mates after a particularly hard time, in an environment I knew and loved to be in. I felt I’d hit on something stylistically and soulfully that wasn’t necessarily happening on the radio at the moment, after the initial year of recording with friends just having a kick around, I decided to take things a step further and brought  in Connor, G-lo and Winny as a full time band"
Since the solid line up came together Ventrelles have been going from strength to strength, early releases ‘Stop’ and ‘Shutters’ caught the attention of Manchester imprint Black Bleach Records and the band went on to proving themselves as a standout live outfit on both the small and big stage. Unfortunately this years pandemic made the band re-think the way things were going and decided to hunker down in a studio and create more of the wonderfully scenic and magnetically attractive shimmer guitar Pop they were getting a name for on the live circuit.
Now with the aid of producer Dean Glover ( Twisted Wheel/Shotty Horrah) the band are set to make big waves in 2021.
The song will be out on November 27. Watch/listen below. 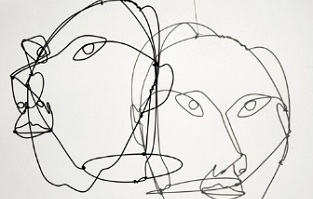 Watch: Double Echo Drop "I Used To Be In Pictures" Music Video 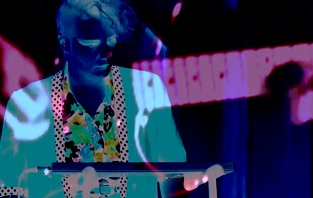 Liverpool, UK post-punk/new wave/dark wave band Double Echo have dropped the video for "I Used To Be In Pictures".

Watch: Panther Modern Reveals Music Video For "Kick It Out" 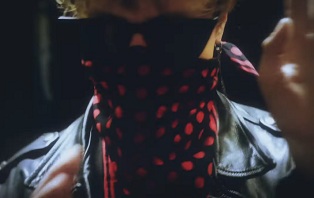 Los Angeles synthpunk/electronic project Panther Modern (aka Brady Keehn of L.A duo Sextile), has revealed the video for his addictive single "Kick It Out".

Watch the clip  below.