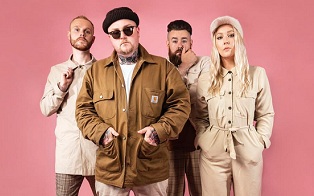 Lancashire guitar-pop/indie pop/alt band The Lottery Winners have unveiled the video for their new single "21".

The song is taken from their upcoming debut album, produced by Tristem Ivemy (Frank Turner, The Holloways, Beans On Toast) and mastered at Abbey Road, set to arrive on March 13 via Modern Sky UK. Pre-order your copy here.

The video was directed by Shaolin Pete. Take a look below. 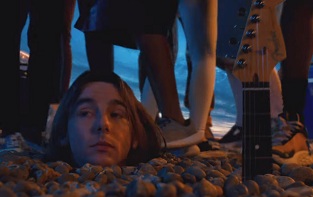 The song is part of our current playlist and is taken from their upcoming EP 'Mixtape', set to be released on 13th March via Parlophone Records. Grab it here.

The video was directed by Cassidy Burcher. Take a look below. 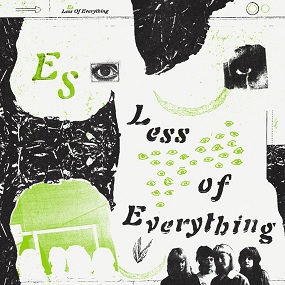 London post punk/synth punk band Es have announced the release of their first full length album 'Less Of Everything'.

The 9-track album, was recorded Less of Everything with Lindsay Corstorphine (Sauna Youth, Primitive Parts) in Tottenham in 2019, and features their infectious new single "Chemical", it will be out on April 3rd through Upset The Rhythm. Pre-order your copy here.

The record's title could be interpreted as a manifesto pledge, an outright demand or a purely literal sonic descriptor of the London quartet’s glacial form of punk rock music. This tension between intent and interpretation has been a fundamental element of the group’s output from their formation.

As in Object Relations, the dynamic between Cotterell’s bass and Watters’ keyboard is at the heart of Less of Everything’s sound: intertwining sub-zero melodies, gothic anarcho-punk influences (think KUKL, MALARIA, X-MAL DEUTSCHLAND) and some kind of entirely unlocatable aquatic component. When combined with Leach’s precise drumming, the outcome is original and immediately recognisable. Es are a group who know how to leave space, how to strive for minimalism without sacrificing aggression or dynamism.

This dynamic provides the perfect backdrop for Tedemalm’s relentless, pointed vocal style. While comparable ‘cold’ sounding groups might affect an impersonal, safer mode of lyrical or vocal detachment, Tedemalm’s strategy is to “push the lyrics as far as I can thematically until they become absurd … overly dramatic ... while still being sincere in the feeling they’re trying to invoke. I try to apply as much emotion as I can.” The result is something intense but nuanced, confrontational but complex.

Check out the album's tracklist and watch the video for "Chemical" below. 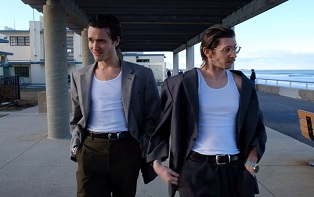 The song is taken from their forthcoming album 'Either Light', which will be out on March 13th via Gawk Records. Pre-order your copy here.

The video was directed by the band's Brandon Hagen and Drew McDonald. Take a look below. 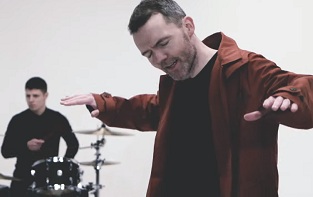 Manchester-based indie electro/doom pop band The Slow Readers Club have revealed the video for their latest single "All I Hear".

The song is part of our current playlist and is taken from their upcoming fourth studio album 'The Joy Of The Return', which will be released on 20th March via Modern Sky UK. . Pre-order your copy here.

Speaking about it, singer Aaron Starkie said: "All I Hear is about a lack of agency and an inability to affect change. That there's something happening, and you have no choice but to go along with it."