Watch: HATEM Reveal Video For "They Won't Let Me Grow"

Spanish dream-pop band HATEM have revealed the video for "They Won't Let Me Grow", taken from their latest album 'Ultraviolet Catastrophe', out now via Mushroom Pillow. The song is part of our current playlist www.koolrockradio.com.

Talking about the song, the band explained:

"It talks mainly about the struggle of not following the path that others expect from you. It’s about choosing your own path, your own desire line, and how sometimes everything and everyone can plot to make you abandon the direction where those desires are."

The video was directed by Brendan Canty. Watch it below.

British indie-pop quartet Swim Deep have unveiled the video for their latest single "She Changes The Weather", taken from their forthcoming first full-length 'Where The Heaven Are We', out on July 29 through Chess Club / RCA Victor.

The song is part of our current playlist www.koolrockradio.com and will be released as a single on 12th May via Chess Club/RCA, pre-order here.

The video was directed by Georgia Hudson and filmed in New York. Watch it below.


You can pre-order Swim's debut album 'Where The Heaven Are We' HERE. 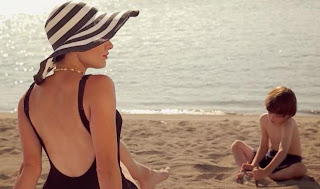 The song is part of our current playlist www.koolrockradio.com .

The video, directed by Joshua Cox, shows the band dressed in the peak of 1950s fashion, playing against an blank blue background while staring blankly into the camera. The scene is intercut with a smiling couple at the beach with two children who draw in the sand and uncover something deadly.

"I’m a big fan of contrast in film and the art of leading the audience into something they might not otherwise be ready for. Directors like Hitchcock and Polanski, [films] that start out like romantic comedies or sweet dramas, and turn into carnage and chaos in such a graceful way. The art of leading an audience into an enjoyable minefield. It was a bit challenging to do it with a song just over two minutes. I think it was a great exercise for learning how to communicate a message with an economy of scenes." Says Cox.

London psychedelic/indie-rock quartet SPLASHH have revealed the artwork for their forthcoming debut album 'Comfort',  which is set for release on June 3rd.

The band's first full-length includes previously unveiled tracks 'All I Wanna Do', 'Headspins', 'Lemonade' and 'Vacation'. They recently unveiled their new track 'Sun Kissed Bliss', which will feature as a bonus track on the North American release of  the album.

Comfort will be available through Luv Luv Luv Records (UK), Kanine Records (US), and Breakaway Recordings (AUS/NZ). Check out the artwork below. 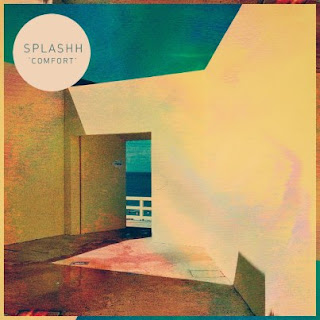