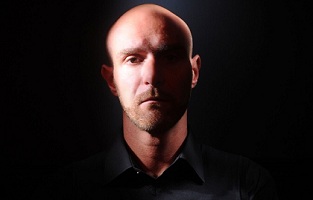 French electronic DJ/Producer Vitalic has unleashed his new single "Carbonized".
The song is taken from his forthcoming fifth studio album 'DISSIDÆNCE', which will be released in two parts, with the first part set to be release October 15 via Citizen Records.
Speaking about it Vitalic explains: “‘Carbonized’ is about toxic people who can kill without touching, without weapons - just by their nature. Somewhere between American or English 70s EBM and French electroclash on steroids, the punk energy turns decidedly to the dancefloor in these four minutes of screaming synthesizers and saturated beats.” 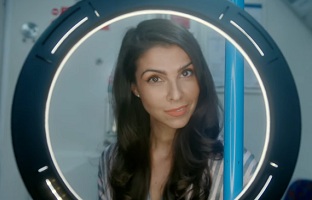 London-based indie/alternative artist Oscar Lang has unveiled the video for his latest single "21st Century Hobby".
The song is part of our current playlist and is taken from his forthcoming debut album 'Chew The Scenery', which will be available on 16th July through Dirty Hit. Pre-order your copy here.
“‘21st Century Hobby’ is a tune based on the idea of society’s obsession with sharing your life online and comparing yourself to other people,” Lang explains in a press release. “There was one point where I was spending 13 hours a week on social media, which equated to about a month every year. That was a really dark time for me – I always thought that it would never affect me, but it took some time to realise that it was subconsciously affecting my mental health.”
“With the ‘21st Century Hobby’ video,” he continued, “I wanted to bring to life the experience of scrolling endlessly on social media into physical characters dancing around me to show the chaos and over-the-top-ness of everyday online activity.”
Watch the video below.
(facebook.com/oscarlangtunes)
Tags: Oscar Lang
Publicado por KOOL ROCK RADIO en Tuesday, June 29, 2021 No comments: 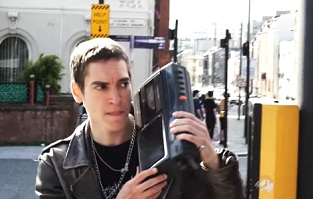 The song is taken from their fifth full length studio album '☾', released last Friday (June 25) via Fabrika Records. Get your copy here.

With “Sometimes We Are Strangers,” the band finds their darkwave groove that brings an additional goth-infused element to the overall feel of the album.
Watch/listen below. 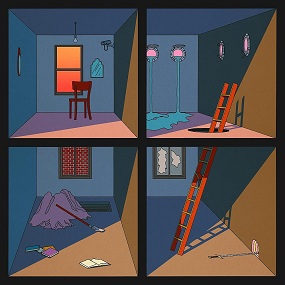 Edinburgh, Scotland alt/pop band We Were Promised Jetpacks have announced the release of their new studio album 'Enjoy the View'.

The follow-up to 2018’s The More I Sleep the Less I Dream, will be released on 10th September via Big Scary Monsters, featuring the new song "Fat Chance" and previous new single "If It Happens". Pre-order here.
The new tracks signify a change in musical direction for the band, with ‘Fat Chance’ an ode to overcoming, and even thriving, despite the odds.
Lead singer Adam Thompson explains; “We started properly writing this album at the end of March 2020 when we realised that everything was going to be shut down. We had a US tour lined up in May but obviously had to cancel. So from March to June, we sent each other ideas remotely and collaborated that way. I was so glad we had a project to focus on when proper lockdown hit. When we were able to get into our practice space in July, we were finally able to jam and write more like we normally do. This song came out of those sessions pretty early on.”
Longtime fans of We Were Promised Jetpacks alongside music critics, often cite the band’s flair for writing infectious pop songs encased within grandiose guitar driven rock soundscapes, yet new single ‘Fat Chance’ offers a change of pace and a glimpse into what to expect from the forthcoming album. With tightly packed drums and cleverly woven guitar arrangements, the band prioritise the track’s melodic core with effortless dexterity.
“I was just messing about on guitar in our studio and got the verse chords and as soon as the other guys joined in, we had a song! We can sometimes spend weeks and months and years trying to get the right parts together but this one flowed. I finished the pre-chorus and chorus that day and sent the demo to the rest of the band and we were excited about it straight away” Thompson said.
With versions of the songs being passed between the band members remotely, they found the collaborative process engaging and rewarding. “Writing together this way allowed us to stay in contact all the time, talk about the songs and what we were individually and collectively trying to achieve with them. Even though we were unable to be in the same room, this way of working allowed us to create together and communicate more directly,” says Adam. “Having music to focus on during lockdown assured us that we wanted to keep writing songs together for many more years.”
“We’re all very appreciative of the people who are listening to us,” Darren says. “It pushes us to keep getting better.” Nodding to both the band and their ever-loyal fans, Adam agrees. “It is very much our band, and we do this because we can do it together.”

Watch a lyric video for "Fat Chance" below.

Email ThisBlogThis!Share to TwitterShare to FacebookShare to Pinterest
Etiquetas: Alternative, Pop, We Were Promised Jetpacks 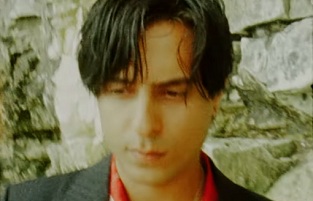 British indie pop duo Wings of Desire (the new project of INHEAVEN’s James Taylor and Chloe Little) have premiered the video for their new single "Choose A Life".
The song is out today (June 29) and is taken from their upcoming new EP 'Amun-Ra', aet to arrive on 13th August via WMD Recordings. Get it here.

From the duo: “‘Choose A Life’ is about our automated programming which convinced us that once we get ‘there’ we will be happy. That once we’ve acquired the material check list we will be fulfilled, but this is never the case. The song explores finding joy in the smaller moments of the everyday, the mundane, those micro expressions that we take for granted. And realising that you don’t have to bend the world to make your mark. That it’s better to just enjoy it.”
Watch/listen below.